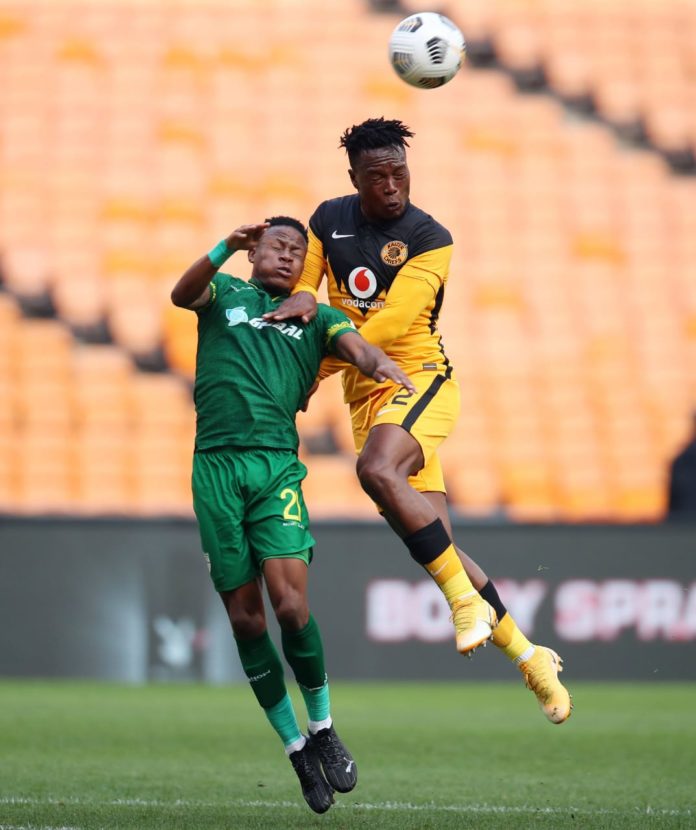 Kaizer Chiefs and Orlando Pirates failed to collect maximum points at home in their respective matches on Tuesday afternoon. Both teams were held to a 1-1 draw at home in matches prior to their meeting on Saturday in a much-anticipated Soweto derby.

Amakhosi were held by Baroka at FNB Stadium while TS Galaxy drew with Buccaneers at Orlando Stadium. The Soweto giants had a lot of chances to win their games but were let down by their poor finishing.

It was as if these teams were copying each other – especially the way they conceded goals. Both their goals came from defensive errors.

Chiefs found themselves chasing the match early in the second half after Eric Mathoho failed to clear a route one ball from the goalkeeper Oscarine Masuluke. That ball found Evidence Makgopa’s head after he beat Mathoho in the air to flick it to Thamsanqa Masiya to score.

Chiefs managed to find the equaliser from Goodman Mosele’s own goal 14 minutes before the final whistle – narrowly avoiding their first home league defeat this season. Gavin Hunt, however, wasn’t a happy man.

“Lots of lost opportunities that could have easily saw us winning the match. We have a tall defender but they couldn’t jump to clear the ball. The result is disappointing. We’ve got to defend well,” said Hunt.

Hunt fielded his strongest team – which are expected to face the Bucs on Saturday – because he couldn’t afford to rest any players.

“Things are very difficult for us under the circumstances that we are facing this season. But we have to face each game as it comes. At least we have one more day to prepare for the Pirates game. We haven’t had such luxury in a long time,” added Hunt.

Pirates coach Josef Zinnbauer, on the other hand, will be more angry at his players. Bucs took the lead in the 10th minute through Bongani Sam.

“We were asleep at the back and we can’t afford that at this level. The result is not enough and the performance, yes, maybe. We need to be more clinical upfront and we need to work hard on that with a big game coming up,” said Zinnbauer.