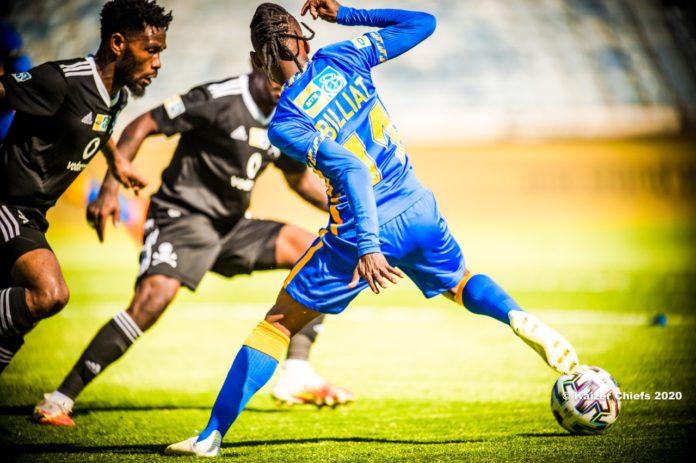 Kaizer Chiefs have a mountain to climb when they face Orlando Pirates in the MTN 8 semi-final second leg on Sunday at FNB Stadium.

The Buccaneers defeated Amakhosi 3-0 in the first leg and took a three goals advantage into the second leg.

The permutations are that Kaizer Chiefs need to score four unanswered goals to reach the final or 3-0 defeat to force the game to go to penalties. Anything less than that means the Buccaneers are through to the final.

Scrolla.Africa spoke to Kaizer Chiefs Legend Dr Howard Freese who said the current generation of players cannot be compared to the golden generation of the ‘80s and the ‘90s. He said the team in the ‘80s had so much quality in every department.

“Players were hungry. They had the passion and loved what they were doing.

“Whenever we wore the Kaizer Chiefs jersey, it was a privilege.

“But for the past six years, I think that has been lost. I don’t think the current players understand how massive it is to be in the gold jersey.

“We respected the team and supporters who came from all over the country to cheer for us,” said Dr Howard Freese.

Howard ‘The Rock’ Freese remembered his old days in the field of play: “We once lost a derby 4-1 against Orlando Pirates. Kaizer Motaung said he would deal with us at the end of the season. He said to players ‘you are not getting a bonus because you lost in the derby’”.

Meanwhile, defending champions SuperSport United will have to overcome the away goal advantage when they face Bloemfontein Celtic in the second leg of the MTN 8 cup competition at Dr Molemela Stadium in Bloemfontein.

The options are that SuperSport United need to win by any score with Celtic not scoring.

The away goal Celtic scored in the first leg gives them an advantage.

Matsatsantsa a Pitori overcame Highlands Parks in the final to be the last team standing in the MTN 8 competition. Bradley Grobler scored the only goal of the match. Coach Kaitano Tembo was the coach who guided the club to a championship.