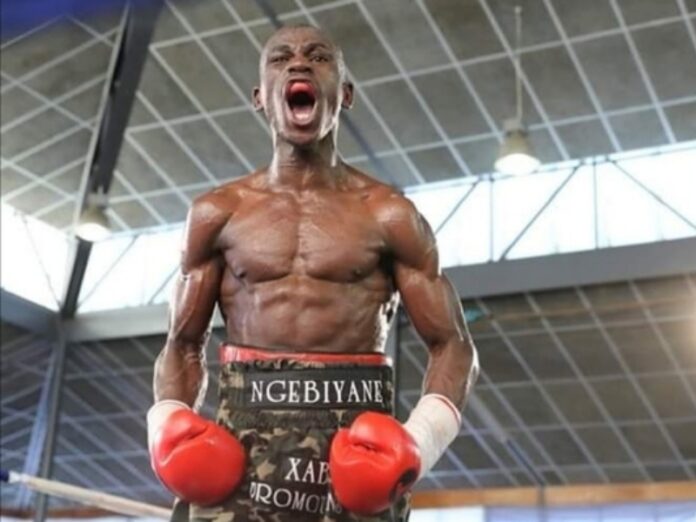 The Western Cape-born champion is due to face off against Ashley Sexton for the vacant IBF bantamweight crown at York Hall in London on Friday night.

Sexton, 34, is a former British flyweight champion with 16 wins from 20 fights. The 29-year-old Ngebinyana will head into the United Kingdom boasting a record of 13 wins against five losses.

Talking about the fight, Ngebinyana paid tribute to the power that social media possesses.

“You know you won’t believe how this bout came about. I posted my fights and interviews on social media and they were seen out there,” he said excitedly.

Though the purse money is not that big, of importance to Ngebinyana is a chance at a crack at the bigger belt.

“I have worked tirelessly and hard with my trainer Bruno Pereira and our mission is to enter the IBF rankings. This is a big chance for me and it came through social media. I must make the most of this golden chance,” said Ngebinyana.

He will go into the fight on the back of a unanimous points defeat against Narek Abgaryan at the RCC Boxing Academy in Yekaterinburg in Russia on 8 August.

Similar to the fight in Russia, Ngebinyana cannot allow the fight to go to the judges’ scorecards as home advantage often proves key.

If the South African wants to win and make a statement abroad, he must end the fight via a knockout.