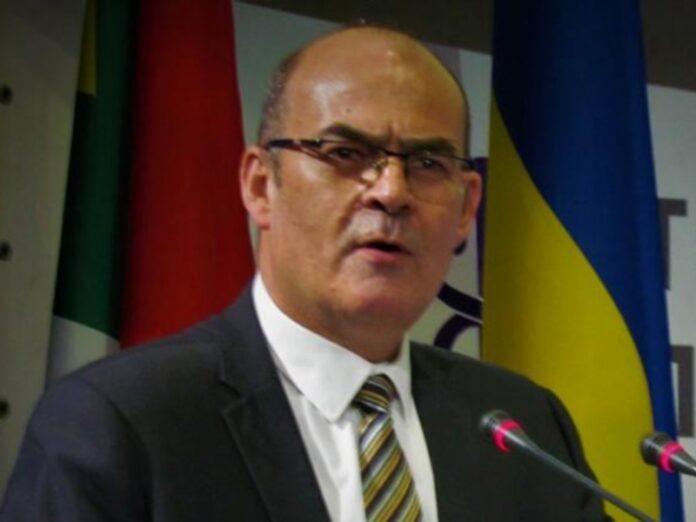 Andre Groenwald, the South African ambassador to the Ukraine, fled the war torn country along with several other diplomats on Wednesday morning.

Groenwald left the country with his wife and their three sons in a convoy.

“Things have changed quickly on the ground. As diplomatic communities in Kyiv, we are opening a humanitarian corridor gap to move out of the town,” he told eNCA.

The ambassador said that he was travelling with the Nigerian ambassador as they avoided Kyiv due to safety concerns.

Groenwald added that they were aiming to move to Moldova or Romania while assessing other options.

He said that he heard several explosions as he packed the car to leave on Wednesday morning.

Groenwald said that he and his staff members had been trying to work out a smooth exit out of Ukraine for South Africans in the country but several of them experienced racism as they attempted to flee.

“We’ve heard all of these accusations; we’ve seen the videos and we are concerned. We’ve protested ourselves on an official level to the government and asked them to please help the students that are still coming through,” he added.

The African Union (AU) condemned the discrimination of Africans at the Ukraine borders and urged the local government to desist from the act.

Both South African ambassadors in Poland and Hungary made their way to the border in an attempt to help any South Africans through.

“In total, South African students on our database in Ukraine are 28. Amb Mngomezulu says seven are now safely in Poland and 15 safely in Hungary. Four are still being assisted to cross into Poland. Two are far in a town far from the conflict zone,” he tweeted.