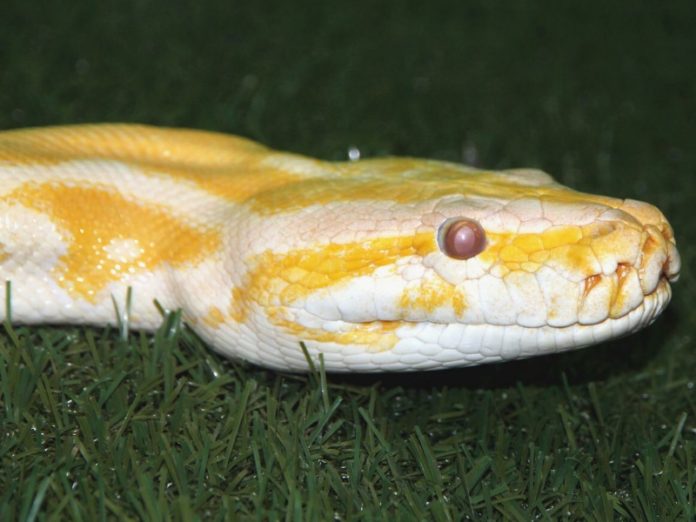 As one Austrian man can now attest, never live next door to a self-described “reptile enthusiast”.

The 65-year-old man never minded his neighbour, the proud owner of 10 snakes, until Monday morning, when one of them bit him on the balls while he was sitting on his own toilet.

The man felt a “tweak” soon after sitting down to do his morning business, according to a press release by the local police.

He shot up into the air, turned around, and locked eyes with a very angry 1,5-metre-long albino python.

But as the shock subsided, a searing pain took over and the man had to be transported to a nearby hospital and be treated for “minor injuries”.

Pythons aren’t venomous and instead kill their prey with constriction. The man can only be grateful that the snake didn’t decide to squeeze that part of his anatomy.

The snake belonged to the man’s 24-year-old neighbour, who also lives with nine other snakes and several geckos – but not, presumably, a significant other.

Police are unsure how the snake escaped from the man’s terrarium, but believe that it “possibly entered the toilet via the sewer system”.

Stangl told national newspaper Kronen Zeitung that rescuing the snake from the toilet was a difficult task, in part because he didn’t want to hurt the snake.

However, he also said that the snake tensed its muscles to resist being removed from the toilet – which is one thing the python had in common with its victim, who also tenses his muscles when he’s on the toilet.

It was eventually, however, removed. And after being cleaned off, it was returned to its owner (although the victim might have preferred for the animal not to have been cleaned to teach his pesky neighbour a lesson).

Austrian authorities are now investigating the python’s owner for potential negligent assault charges, and local veterinary authorities are reportedly considering removing it from his care.