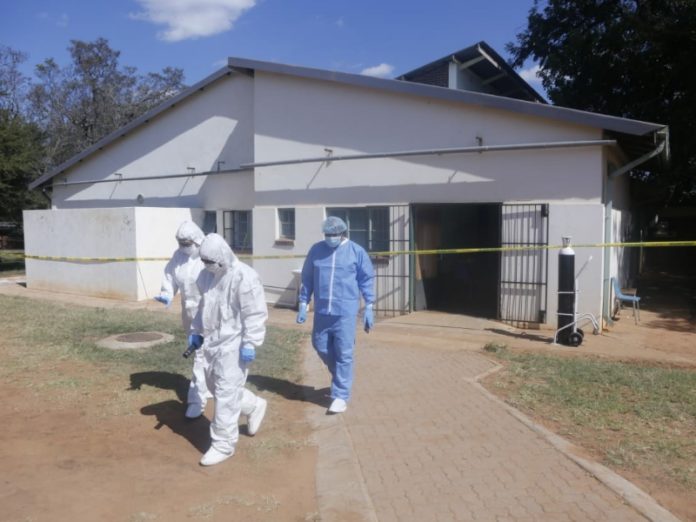 All day long he pleaded to have a smoke, and all day long the nurses told him in no uncertain terms that he was not allowed to smoke in the hospital ward.

But, fatefully, it appears that the patient managed to sneak in a cigarette at about 3am in the Covid-19 ward on Tuesday, throwing the cigarette butt on the floor after he finished.

Now two critically ill patients, who were admitted with severe respiratory distress, have died from smoke inhalation after the cigarette butt ignited a fire in the ward.

The nurses at the FH Odendaal Hospital in Modimolle in Limpopo said that throughout Monday the patient begged to smoke inside the ward and they wouldn’t let him.

Limpopo MEC for health, Phophi Ramathuba, said the nurses evacuated patients from the ward. The fire destroyed the Covid-19 ward but was contained before it could spread.

One of the deceased was a 61-year-old inmate at the Modimolle Correctional Centre while the other patient had been brought in from Lephalale.

Ramathuba said: “When people are brought to hospital we hope they will be healed and reunited with their families. For them to pass in this tragic way is a tragedy.”

She said investigators who were sent to the hospital will conduct a full investigation into the cause of the fire.

The Department of Correctional Services spokesman Singabakho Nzumalo confirmed that the 61-year-old inmate was convicted of rape and was serving a life sentence.

“We have dispatched social workers to inform the family,” he said.