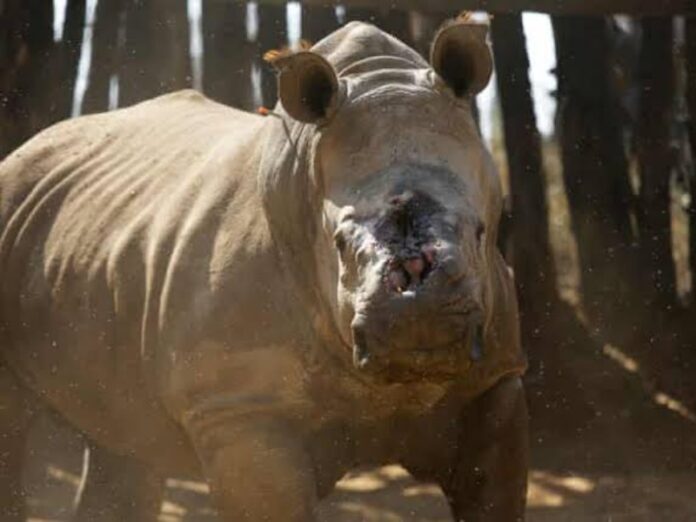 A white rhino that was brutally attacked by poachers for its horns six years ago was released back into the wild on Monday.

The 10-year-old rhino named Sihaukele, which means God have mercy on us, had to undergo 30 operations to repair the severe gash in his face.

After the attack Siha, as he is known, was found by police stumbling near a fence in a reserve unable to hear or eat.

At the time, the rhino was handed over to wildlife vet Johan Marais. Marais runs a charity called Saving the Survivors, which rehabilitates rhinos who survive poaching attacks.

“This is the next chapter. We are going to re-wild him in a 2,000-hectare camp where we have put two females of breeding age with him,” Marais told AFP.

He was returned to the wild in the hope he will mate and help increase the dwindling population.

Seha’s location is being kept a secret in the hope of preventing future poaching attacks.

Rhino poaching is common in South Africa, with horns smuggled to Asian countries to meet the high demand where they are used in traditional Chinese medicine.