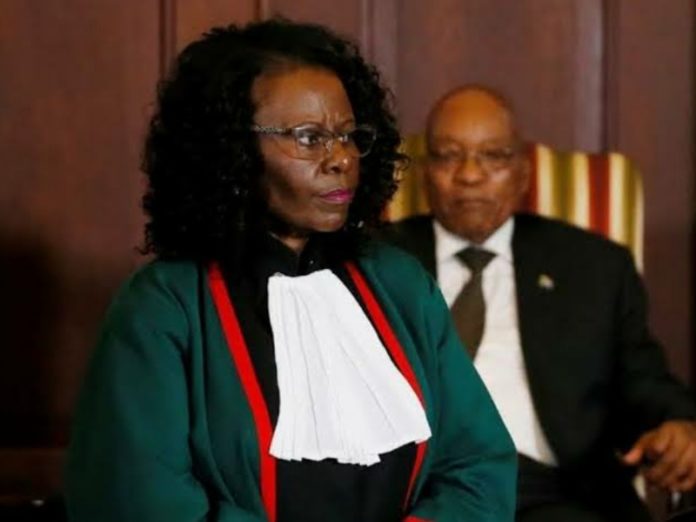 The name of Sisi Khampepe will be remembered in South African history, not just for being the judge to sentence Jacob Zuma, but also for the illustrious legal career which preceded that.

On Tuesday, the Constitutional Court judge read the riot act to the former president before sentencing him to 15 months in prison.

The words Khampepe used to pass her judgement rang through international media.

She described Zuma’s statements made in regard to the state capture as “provocative, unmeritorious and vituperative.”

The historical ruling on Tuesday may be described as a grand finale to Khampepe’s career, as she will be hanging up her judiciary gown later this year after two decades in the legal field.

Khampepe, 64, was born in Soweto and after completing matric she went to the University of Zululand to study law.

In 1980 she continued her remarkable rise when she completed her degree and enrolled at the prestigious Harvard Law School in the United States, which she completed two years later.

She kicked off her law career as a legal advisor in the Industrial Aid Society in 1980, where she fought for better working conditions for black workers.

As a young lawyer, Khampepe, a mother of two, set her sights on being a judge at the ConCourt, the highest court in the land.

She steadily moved up the legal ladder and started her own legal firm in 1985 named SV Khampepe Attorneys.

Former president Nelson Mandela recognised her success and picked her as one of the commissioners at the Truth and Reconciliation Committee (TRC) in 1995 and three years later in 1998, she was appointed the Deputy National Director of Public Prosecutions, followed by an appointment as a high court judge.

Former president Thabo Mbeki, impressed by her unwavering work ethic, selected her to oversee the 2004 elections in Zimbabwe. Mbeki described Khampepe, at the time, as “uncompromising in the fight for democratic values”.

Just months after Zuma was elected as the president of the country in 2009, he brought her in as a judge of the Constitutional Court.

Twelve years later, on Tuesday, Khampepe sealed Zuma’s fate as she read out the majority ConCourt ruling against him.

It was the exclamation point of a remarkable legal career.