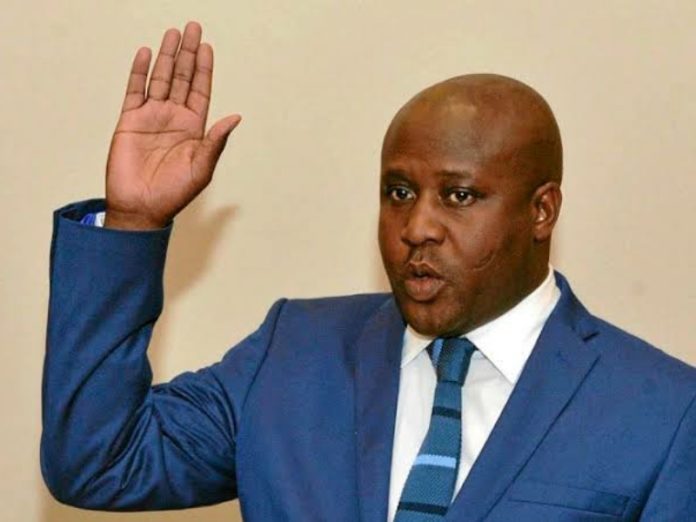 Ace Magashule and his allies will go to this weekend’s NEC meeting ready for a war.

Yesterday, the secretary-general told Scrolla.Africa what he has been saying all along.

“I’m not going anywhere. That is all I am prepared to say at this stage,” he said.

Bongani Bongo, Magashule’s long-time ally and former state security minister, and now an ANC Minister of Parliament and the chairperson of the Home Affairs parliamentary committee, did not mention names, but accused some party members of waiting with an axe to chop up their political opponents.

“They are using the step aside policy to serve their own internal political agendas. I will not step aside,” he said.

Bongo, his ex-wife Sandile Nkosi, and ten others appeared at the Nelspruit Magistrate’s Court on Tuesday about the R37.5 million sale and purchase of a farm in Mpumalanga.

The case has been postponed until January 2022.

Magashule is facing charges relating to the R255 million asbestos tender issued when he was still premier of Free State.

Magashule’s henchman, Supra Mahumapelo, is fighting the five-year suspension of his membership after he hosted a parallel event during by-elections in North West province last year.

The NEC’s passing of the step aside rule is an indication that President Cyril Ramaphosa has cemented his support in the party’s top structure.

The National Working Committee agreed on Monday that all members facing charges should be suspended if they don’t step aside voluntarily.

He was charged with corruption relating to the R28 million government-sponsored North Sea Jazz Festival that never happened in 2012.

ANC spokesperson, Pule Mabe said the NEC would decide the fate of the people facing charges on the weekend.