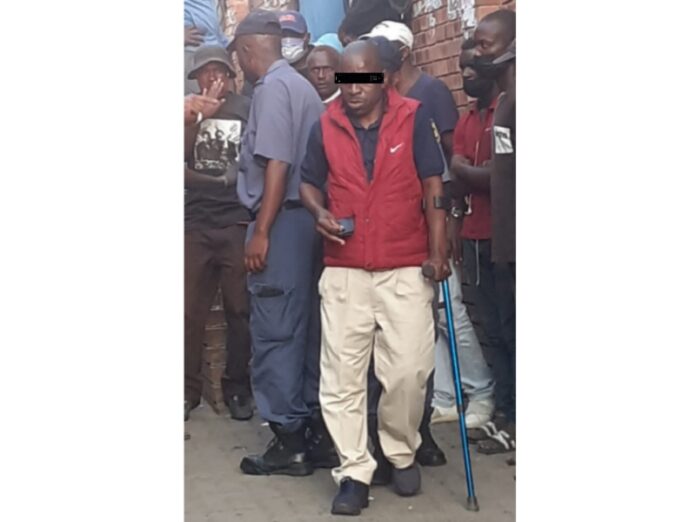 Twelve people were injured, two of them critically, when shopkeepers at Pan Africa Mall in Alexandra allegedly opened fire on marchers from the township’s Dudula branch on Monday night.

One of the victims was a pregnant mother who was shot in the head and a man was shot in his upper body. Both were rushed to the local Masakhane Clinic in Alexandra on Monday evening.

The shootings are likely to intensify tensions around foreigners in Alex. The Dudula Alexandra branch has vowed to remove all foreigners, even those who are there legally. Meanwhile, Dudula representatives allege the shooting on Monday was carried out by foreign shop owners.

Dudula Alexandra branch spokeswoman Agnes Malatje said “when the shots were fired towards us, we all ran for cover.

“While running, I tripped and fell. A heavily pregnant woman fell on top of me soon after she had been shot in the head. It was so chaotic that we don’t even know how many people got shot at. The number of injured people could be more,” she said.

Malatje blamed foreign business owners at the mall for the shooting.

She said police managed to arrest three people and one alleged assailant escaped.

It remains unclear why the shopkeepers opened fire – whether they perceived an imminent threat to their lives.

“We will not stop conducting our daily operations,” Malatje said, adding: “We will continue until we see Pan Africa is clean of foreigners and locals reclaim their land. This is our land and we say Alex for Alexandrians”.

Spokeswoman Brigadier Brenda Muridili said two people were shot and others injured. “Police have arrested three people in connection with the shooting,” she said.

At the weekend, Malatje vowed that the Dudula branch’s Operation Fiyela would remove all foreigners with or without documents. “As long as you are not a South African, we’ll remove you from operating a business in Alex,” she told Scrolla.Africa on Sunday.

Over the weekend other parts of Gauteng were rocked with similar Dudula clashes.

This article was updated at 0900 on February 15