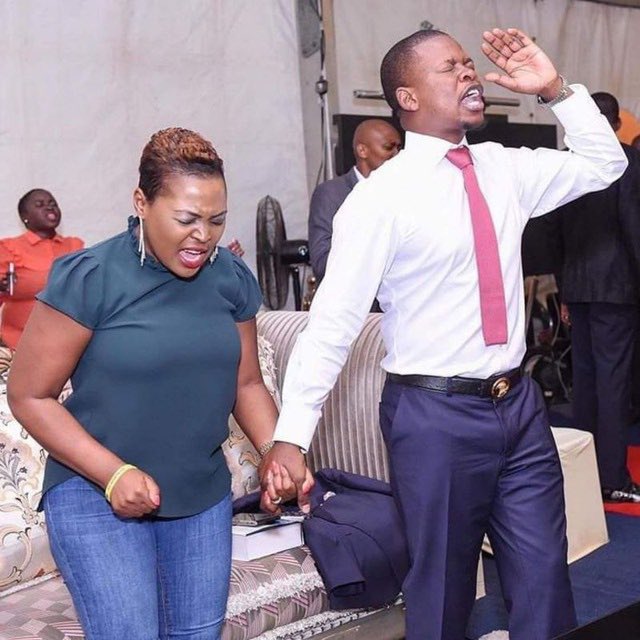 The controversial self-claimed prophet Shepherd Bushiri and his wife Mary have been arrested by the Hawks – again.

Bushiri, who was in court last Friday on corruption and money laundering charges, handed himself over to the Hawks on Tuesday.

Bushiri’s arrest followed the arrest of two of his associates Willah and Zethu Mudolo on Saturday.

She said they had since appeared in the Pretoria Magistrate’s Court and their case was postponed to 30 October for a bail application. They remain in custody.

Mary, 39, was arrested at her home and Shepherd, 37, handed himself over at Silverton Police Station in Tshwane on Tuesday with an entourage of attorneys.

Bushiri’s spokesperson Ephraim Nyondo said the Hawks requested the couple to go to their office on Tuesday accompanied by lawyers to discuss investments in a company called Rising Estate.

He said Bushiri “believes in the justice system of the country and he will abide by whatever the law compels of us until this war is done.”