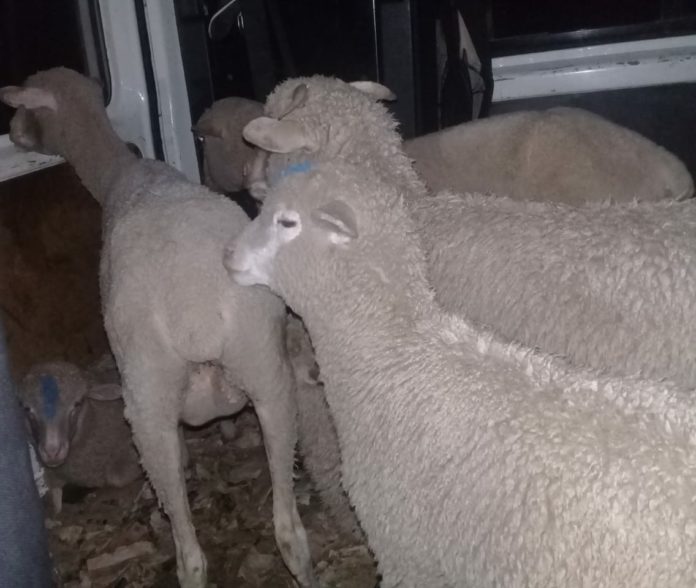 When the police stopped a Toyota Quantum at midnight on New Year’s day, all they could think of was handing the driver a fine for flouting curfew.

But the cops found more than they bargained for.

The driver ignored the curfew for a reason. He was transporting stolen sheep.

The 59-year-old driver and his 18-year-old son were found with 18 stolen sheep hidden inside the minibus in Azaadville in Kagiso near Krugersdorp.

According to the Kagiso police spokesman, Solomon Sibiya, during the search police found the animals hidden inside the trailer – as well as in the minibus, converted to a panel van.

”The suspect claimed that he was hired to deliver the animals but failed to produce a proof of purchase”, said Sibiya.

Father and son were charged with stock theft and appeared briefly before the Kagiso Magistrate on Monday. Their case was postponed to Wednesday for further police investigations, and they remain in custody.