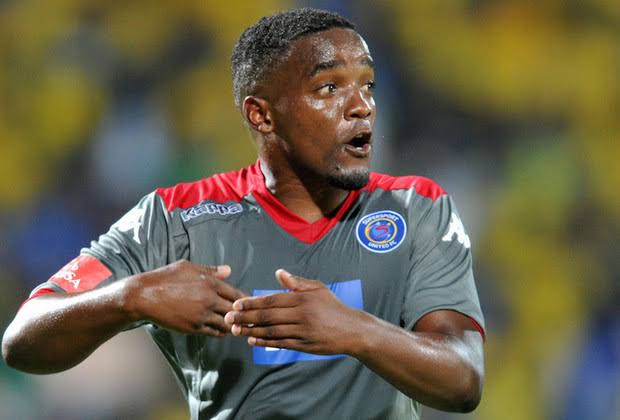 Former Supersport defender Thabo September says he’s happy to be a second assistant coach at a team he served for more than a decade.

The 38-year-old is also an ambassador for Supersport – a role he shares with Jabu Mahlangu formerly known as Pule.

September joined Matsatsantsa-a-Pitori in 2006 from Bush Bucks and spent the rest of his footballing career with the Pretoria based outfit.

He currently lives in Midrand with his wife and his 12-year old son.

“I was born in Knysna and grew up there and my family is still living there. Right now I’m in Johannesburg, Midrand, due to work commitments, but of course, I do visit them as often as possible,” says the lanky defender.

Standing 1.7m tall, September has been heavily hands-on and played a role in the development of the current Matsatsantsa duo of Teboho Mokoena and Sipho Mbule in the MultiChoice Diski Challenge.

He says as an ambassador, together with Jabu, they work with upcoming youngsters and prepare them for professional football and also off the field behaviour.

“We want to ensure that the players are well developed and don’t get distracted by off the field issues such as drugs and alcohol abuse. There’s a rising 17-year-old boy that we are planning to introduce to the first team. That’s how good and talented that boy is,” says September.