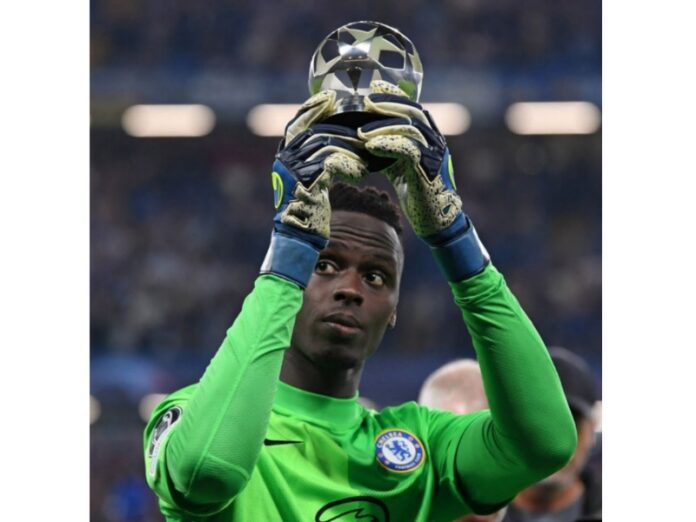 Chelsea goalkeeper Edouard Mendy said he does not understand how he was not named in the Ballon d’Or shortlist, a list of the 30 best football players of the past year.

The shot-stopper believes that he was overlooked by the award panel and that being African did him “a disservice”.

Mendy played a crucial role in Chelsea lifting their second UEFA Champions League title last July and won the Super Cup with the London side in a sensational season from the Senegalese.

His debut season in the English Premier League was surely one to remember but it seems France Football, the magazine which presents the award, overlooked Mendy’s heroics as he was not named amongst the top 30 players in the world.

“The best response was to stay the course on the pitch to show that my name deserved to be in the top 30,” the 29-year-old told Telefoot.

“I think being African did me a disservice because I didn’t play in any international competitions last year,” he said.

While Mendy and Senegal did not compete in any African tournaments last year, they started this year with a bang, winning their first ever Africa Cup of Nations (Afcon) tournament last month.

Mendy was named goalkeeper of the tournament after keeping five clean sheets and only conceding one goal in the whole tournament in Cameroon.

While the Ballon d’Or organisers chose to ignore Mendy’s phenomenal season, Fifa recognised the brilliance of Chelsea’s number one by awarding him the best Fifa men’s goalkeeper, becoming the first African to win the award.

Mendy returned from his Afcon triumph to claim another trophy with Chelsea in the very same week, when the London side won the Fifa Club World Cup final against Brazilian side Palmeiras.

His heroics have continued into the current season. Mendy has only conceded a total of 21 goals in his 32 appearances in all competitions this season.