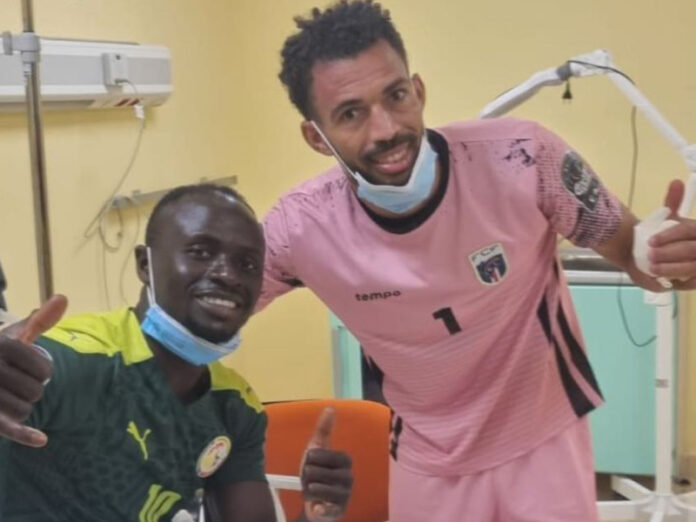 Senegalese supporters can breathe a sigh of relief after Lions of Teranga captain Sadio Mane has recovered from a nasty collision with Cape Verde goalkeeper Vozinha on Tuesday night.

The striker posted a photo of himself and Vozinha in hospital showing that all is well with him.

The two collided in mid-air in the 53rd minute during the Afcon last 16 match that Senegal went on to win 2-0.

There were fears that Mane could be seriously injured but the Liverpool star managed to continue with the match. Mane scored a beauty of a curler six minutes later but Vozinha was not so lucky. He was stretched off and took a red card with him for the foul on Mane.

After his goal in the 63rd minute, Mane only managed seven more minutes and was substituted with a suspected concussion.

The decision to allow him to play after the collision didn’t go down well with Liverpool supporters. Senegal football officials were heavily criticised after the star striker was knocked out cold.

“Sadio Mane should have been subbed immediately after the clash,” one angry Twitter user said.

Twitter user Yuri said: “Mane should have been substituted after that clash but I guess it’s African football so you’re expected to act like a rock.”

Others said it was disgusting to see Mane being allowed to stay on the pitch after clearly being concussed.

“Mane scored with a concussion. But they should have subbed him when it happened. He was out cold,” another fan tweeted.

Mane is expected to once again lead the Lions when they take on either Equatorial Guinea or Mali on Sunday in the last eight clash.