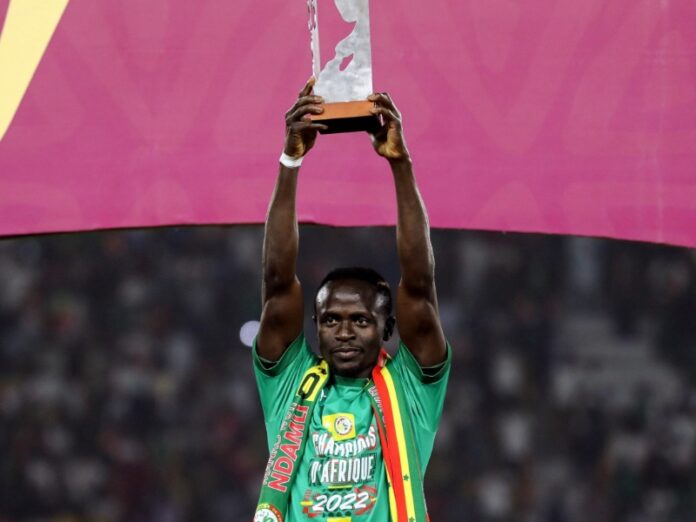 Football celebrations have not stopped in Senegal since they won the Africa Cup of Nations. Now a stadium in the city of Sedhiou will be named after star player Sadio Mane.

This is a reward for Mane’s great performance at Afcon, where he was also named player of the tournament.

The Liverpool winger secured a historic Afcon triumph for Senegal in a penalty shootout against Egypt on 5 February.

The 29-year-old – who scored three goals and managed two assists – was named the tournament’s most valuable player.

“I would like, through this decision, to give the name of Sadio Mané to the Stade de Sédhiou, to express the recognition of all the daughters and sons of the region, towards a man who makes known to the humanity as a whole, Bambali and its regional capital, namely Sédhiou,” Diop told local media agencies.

This award comes after all Senegal’s players and staff were awarded R1.3 million each, as well as plots of land across the country.

The renaming of a local stadium in the honour of Mane is well deserved, not just for his actions on the pitch, but off it as well.

During the tournament in Cameroon, Mane offered to pay for life-saving treatment of a concussed child, who had been hit by a motorbike.

The Premier League winner has contributed to those in need in his hometown on several occasions, particularly with the onset of Covid-19, when he pledged money to build hospitals, schools and mosques. This is as well as providing additional funds to help cope with the virus.

Mane’s rise to football fame is like a movie. The Senegalese has proved to be one of the best footballers in the world, winning the majority of trophies available to him during his career.