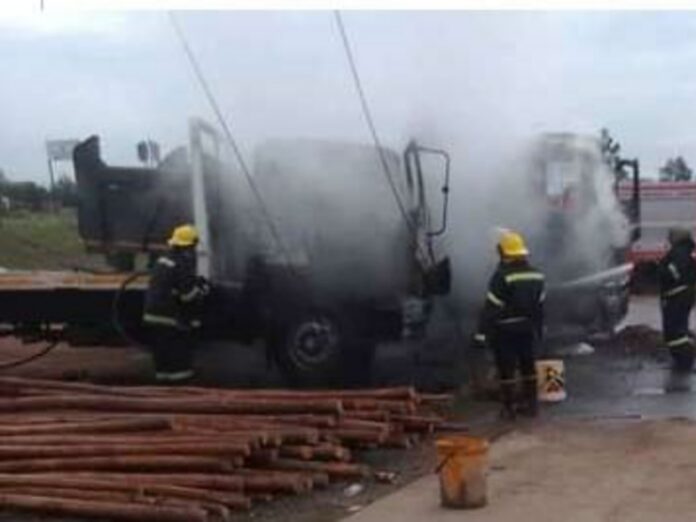 First he was shot for daring to ask an ANC heavyweight to sanitise his hands. Then he went into hiding because his employers would not support him. Finally security guard Nkosinathi Tshabalala snapped.

Tshabalala allegedly went out and burnt two trucks belonging to the hardware business he was working for.

In October 2020 he tried to get Zwane to sanitise his hands at a store. An argument started and Zwane allegedly shot Tshabalala nine times.

Tshabalala accused his former bosses of failing to support him.

Tshabalala went into hiding but he claims that his former employer, Nine Mayela hardware, failed to give him support.

Two weeks ago, Tshabalala allegedly burnt the hardware trucks. He was arrested and charged with arson.

“I suffered a lot protecting their business premises but now they do not give me my salary,” Tshabalala told Scrolla.Africa.

“They supported him [Zwane] after he laid charges against me. They betrayed me.”

On 16 December Tshabalala shocked many when he burnt his VW Golf 1 in the middle of the road.

He said he did that to avoid paying Zwane, who is suing him for defamation of character. He claimed Zwane tried to bribe him into dropping the attempted murder case.

“I did that because I wanted to show him that this is the only thing that I have and he will have its ashes,” said Tshabalala.

Nine Mayela Hardware owner Vicky Mohamed could not be reached for comment.