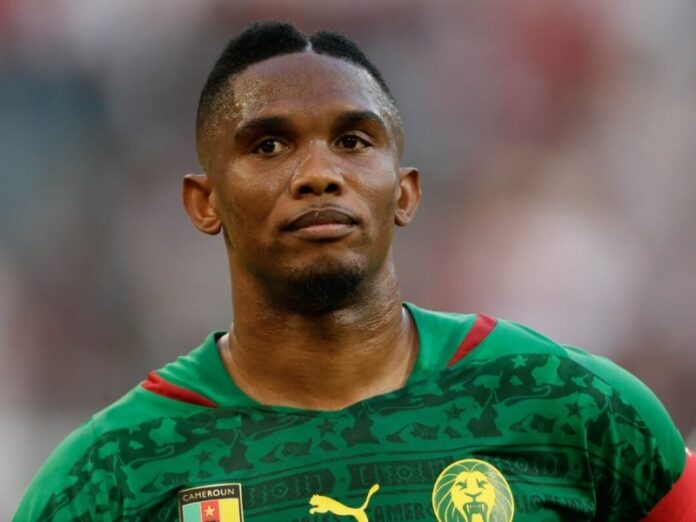 A court in Madrid has declared Cameroonian footballer Samuel Eto’o the biological father of a 22-year-old Spanish woman.

The former Barcelona striker, considered by many to be one of the greatest African footballers of all time, has been ordered to pay a monthly allowance to the young woman.

Now President of Cameroon Football Association, Eto’o did not attend the court hearings in Spain and opted not to respond to the evidence against him.

Eto’o has not acknowledged he is the father of the woman, despite her mother claiming she tried to tell him.

The mother is said to have met the former Barcelona striker at a nightclub in Madrid back in 1997 when Eto’o, aged 18, was playing on loan for Leganes.

After the two met at the nightclub, a relationship developed and the woman found out she was pregnant with the Cameroonian’s child, according to Spanish publication EFE.

The lawsuit claimed Eto’o told her he would act responsibly with respect to the child, although he preferred she did not keep the baby.

The mother began the lawsuit by providing evidence to the court that supported her claims.

The amount Eto’o has to pay upfront could end up being around the R1 million mark, and he has yet to respond to the court ruling.

Eto’o ended his glittering career having won the UEFA Champions League, La Liga, Serie A, Fifa Club World Cup and the Africa Cup of Nations, among several other trophies.