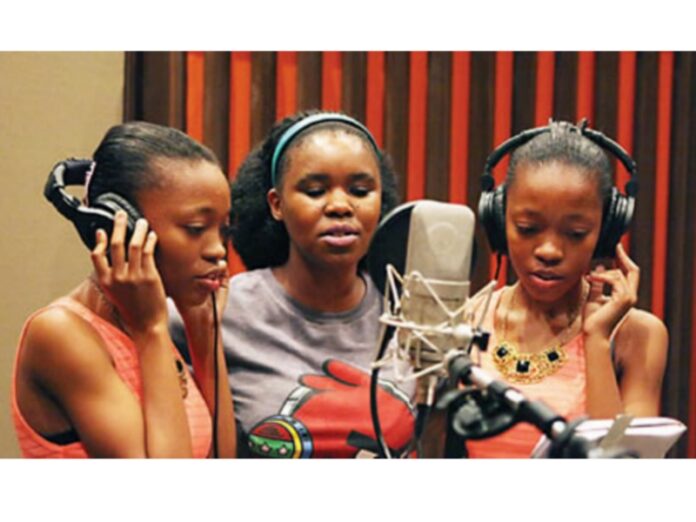 Neliswa Mxhakaza, one of the twins whose beautiful voice famously brought Unathi Nkayi to tears on SA Idols in 2013, said the pair have not given up on their music dream.

Neliswa and her twin Anele blew the competition viewers away with their unique talent.

The Durban-born Neliswa told Scrolla.Africa that they have shelved plans for pursuing music because she is raising her two-month-old son, Zukhanye.

She said the baby’s arrival has given her another perspective on life.

“We have been through a lot since coming into the spotlight through Idols. We were young and naive. The attention was too much for us and perhaps that’s why our music career didn’t take off as we had planned. Giving birth to my boy has made me appreciate life more,” explained Neliswa.

The blossoming careers were thrown off course when it emerged they were victims of Nigerian Pastor Timothy Omotoso in 2017.

The pastor of the Jesus Dominion International Church is currently in prison alongside two co-accused following their arrests five years ago. The three perpetrators together face 97 charges of varying degrees of sexual assault on young girls.

Neliswa says that Omotoso didn’t assault them but on multiple occasions made very inappropriate remarks about their bodies which made them uncomfortable.

“The Omotoso saga took a toll on us and we wanted to vanish but through God and the support from those close to us, we have managed to soldier on,” she said.

“My sister is supportive and is not rushing me to do music. In the meantime she is busy with her studies.”

Neliswa said they are not ready to release a full album but will keep making singles, like the much-loved “Ubomi” with Zahara and “Take Me Back”.