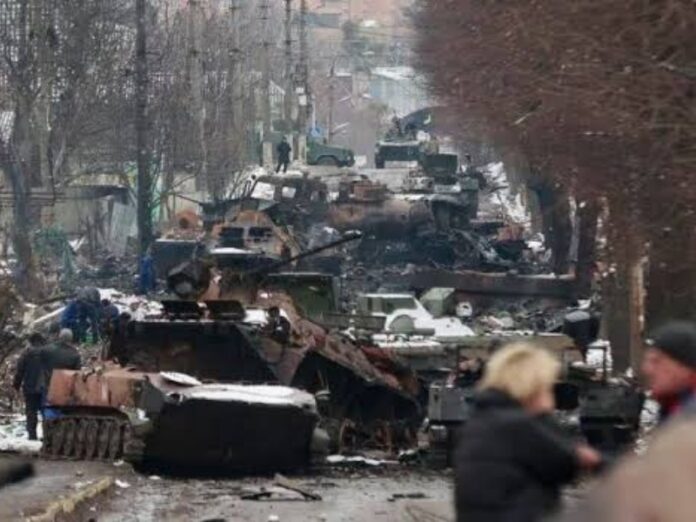 Horrifying details of war crimes committed by Russian forces on unarmed civilians have emerged as the Ukrainian military has reclaimed the city of Bucha.

Streets littered with the bodies of unarmed civilians and reports of buses full of Ukrainian school children being used as human shields are among the evidence that Russia has committed atrocities in the city.

Russian forces entered Bucha, which had a population of around 29,000, in the days following its invasion of Ukraine on 24 February.

After a month of fighting, Ukraine reclaimed the city last week after Russia announced they would withdraw from the area.

But when soldiers reentered the city, they found at least 20 bodies of murdered Ukrainian civilians lying in the streets. The mayor said that they have had to bury over 280.

Soon after, reports and testimonies of horrific atrocities began to emerge, including:

Former heavyweight champion-turned-Ukrainian soldier Wladimir Klitschko recorded a video of himself standing over bodies of civilians lying dead in the street in Bucha. One of the deceased’s hands are tied behind their back.

“What happened here and everywhere in Ukraine […] this is not a special operation. These are civilians, they’ve been shot in the head with tied hands behind their back,” he said.

“This is a genocide of the Ukrainian population.”

German Chancellor Olaf Scholz described the images coming out of Bucha as “terrible and horrifying”.

“Streets littered with bodies. Bodies buried in makeshift conditions. There is talk of women, children and the elderly among the victims,” Scholz said.