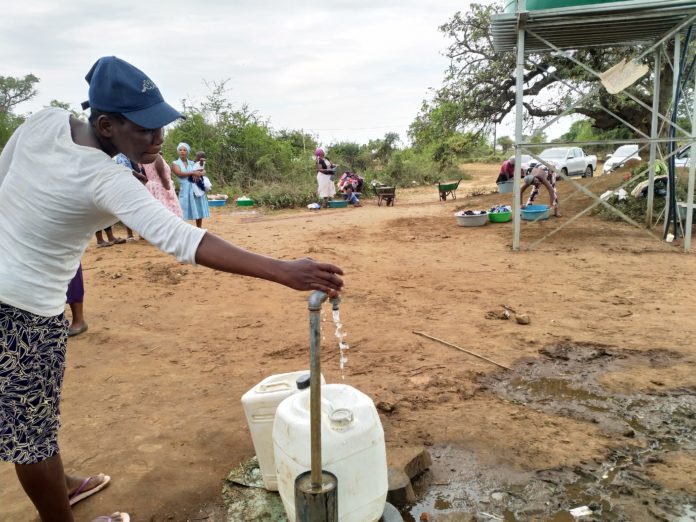 After spending years without running water, residents of Jozini in KwaZulu-Natal can look forward to a cleaner, healthier Christmas.

Samariya Simelane said her prayers have now been answered after reporting her struggles many times to Nkosinathi Myeni, the Ward 1 Councillor.

“Today I am filled with joy because I was the one who had it the worst,” said Samariya who has shared water in streams with wild and domestic animals for the 11 years she had been living in the area.

A resident in the KwaMhlekazi area said before the recent intervention by the Jozini Municipality they had to wake up while it is still dark and travel deep into the forest to get water. Sometimes they would even get chased by hyenas and run home without water.

The Jozini Municipality has built water pumps that use solar energy to pump underground water into a jojo tank just metres away from home.

Jozini Mayor Delane Mabika said they decided to intervene when he saw people that voted for him suffering, even though supplying municipalities with water is the responsibility of district municipalities.

“With R8 million, we were able to buy 100 jojo tanks and drilled 20 boreholes that use solar water pumps – one for all wards within the municipality.

“We also bought a water truck that will mostly supply families who are having burials and other large gatherings,” said the mayor.

KZN is one of the provinces with a number of rural communities without running water, including Premier Sihle Zikalala’s home village of Ndwedwe.