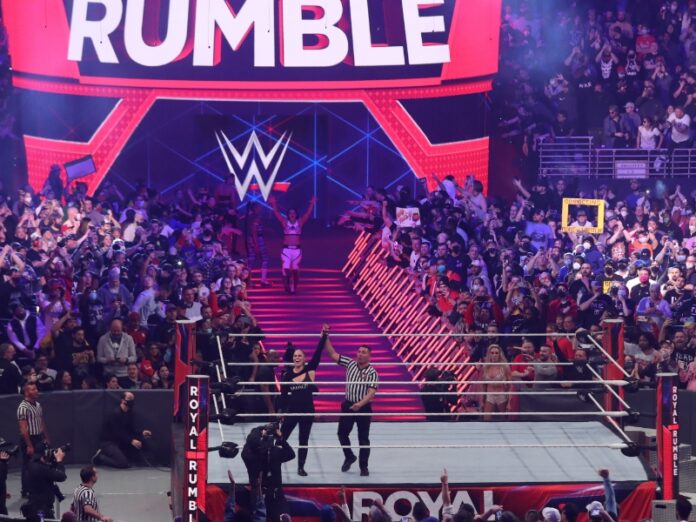 In a thrilling pay-per-view event on Saturday night, Ronda Rousey returned after three years to win the women’s Royal Rumble.

Universal Champion Roman Reigns kicked off the night with his title defence against former Shield brother Seth Rollins. The drip king got under the Tribal Chief’s skin by coming out in the same style as they used to when they tagged together as a team.

Eventually, Roman was disqualified and, despite losing, retained his title thanks to the champion’s advantage.

Becky Lynch defended her Raw Women’s Championship after a successful battle against Doudrop. The Man has yet to have lost a match for that title since winning in the all-women main event of WrestleMania in 2019, when Ronda Rousey last appeared.

Perhaps it is just poetic that the baddest women on the planet returned in time for the road to WrestleMania this year.

Ronda Rousey came in unannounced at number 28 to win the 30-women Royal Rumble match and set up a trip to the grandest stage of them all in April.

The main event was the men’s Royal Rumble match, but that was only set up after Brock Lesnar vs Bobby Lashley took place. The match between the two is the first in history and was two decades in the making.

Lashley grabbed the victory and took the Universal Championship after interference from Roman Reigns. This led to Lesnar entering the Rumble match to punch his way to a title opportunity at WrestleMania.

The Royal Rumble event can be watched in full on demand on DStv catch up and the WWE Network.