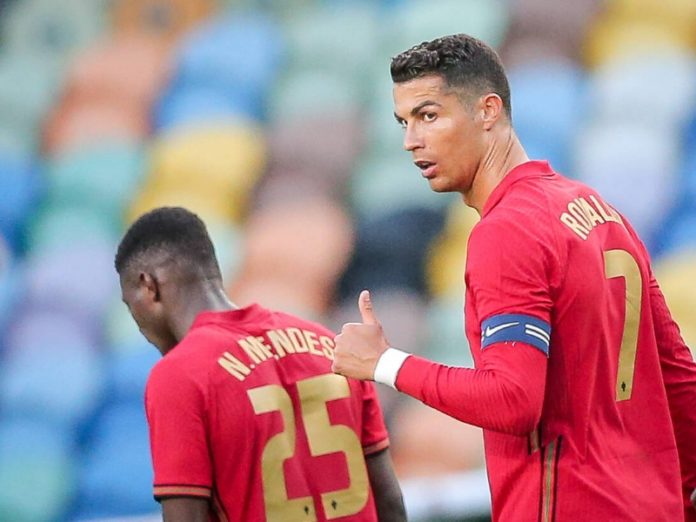 Portugal will once again pin their hopes on their evergreen captain Cristiano Ronaldo when they begin their UEFA European Championship (Euros) title defence.

That goal saw the 36 year old getting one step closer to Ali Daei’s record. The Iranian is currently the world’s all-time leading goalscorer in the history of international football with 109 goals.

Portugal, however, are in what can be labelled the group of death with Germany and current World Cup winners France as well as Hungary. Portugal begin their campaign on Tuesday against Hungary in a must win fixture.

The tournament will kick off on Friday with Turkey taking on Italy at Stadio Olimpico in Rome at 9pm. For the first time this tournament will be held in 11 cities in 11 different countries in celebration of its 60th birthday, from 11 June to 11 July.

The tournament was originally scheduled from 12 June to 12 July 2020 but it was postponed due to the Covid-19 pandemic. Despite the fact that it will be played in 2021, it will still retain the name of UEFA Euro 2020.

Wembley Stadium in London is scheduled to host the semi-finals and final for the second time, having done so before at the 1996 tournament with reports suggesting a full stadium could be in order for the final.