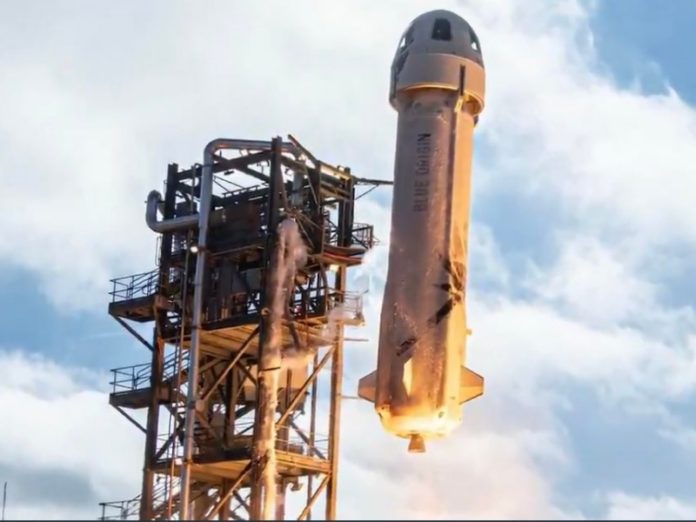 For almost 11 minutes on Tuesday, the richest man in the world went to space, marking the beginning of an era of space exploration for wealthy tourists.

Jeff Bezos, recently retired CEO and founder of Amazon, flew to space in his rocket, called the New Shepard. It was built by his own space expedition company, Blue Origin.

He was joined on the flight by his brother, Mark; 82-year-old pioneer of space travel Wally Funk; and an 18-year-old Dutch student, Oliver Daemen.

Funk and Daemen, respectively, became the oldest and youngest people ever to travel to space.

They underwent the same rigorous tests as the first male US astronauts, known as the Mercury 7. This group included Alan Shepard, after whom Bezos’ spacecraft was named.

“I didn’t think I’d ever get to go up,” said the wonderfully named Funk, who qualified as a Nasa astronaut in the 1960s but never got to fly into space.

But what of Daemen, who nobody had ever heard of before? It turns out that his billionaire father, who owns a hedge fund, paid $28 million to secure Daemen a place on the trip. This makes Daemen the first-ever teenage space tourist.

On future Blue Origin trips, however, the wealthy elite will only have to pay about R4,4 million to go to space.

“What we are seeing is a real beginning of adventure tourism in space,” said space historian Roger Launius.

The round trip lasted 10 minutes and 19 seconds, which many publications have noted is about 19 seconds longer than the paid breaks Bezos’s company Whole Foods gives to its employees.

There’s a joke somewhere about Jeff Bezos’ rocket trip lasting 11 minutes – especially when one notes that upon touching down, Mark said; “I am unbelievably good.”

“Best day ever,” Jeff smiled back.