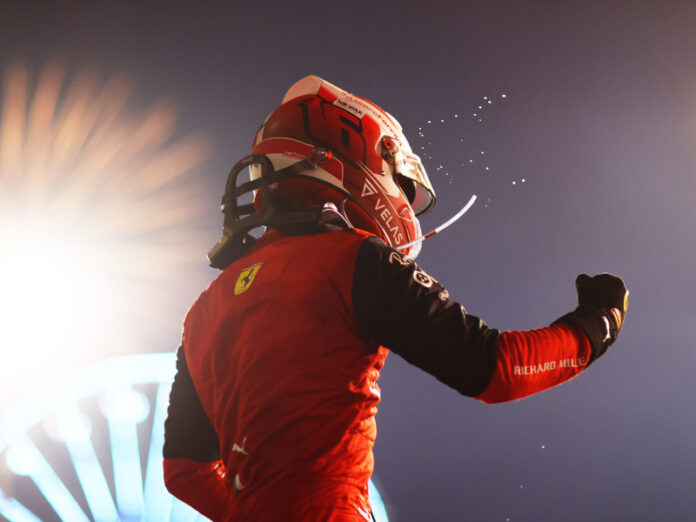 Ferrari is one of the most iconic and recognisable brands in the sport of Formula 1, if not in the entire world of sport, but the Italian team has not won a championship since 2008.

However, their 14-year wait for another constructor’s championship title could end this year after they made a massive statement in the first Grand Prix of the 2022 season.

Ferrari ended a winless streak dating back 45-races to claim a dominant one-two finish in the Bahrain Grand Prix on Sunday evening.

Charles Leclerc handed his team their first Grand Prix victory since Singapore in 2019 where they were also first and second.

Naturally, many would have expected Mercedes and Red Bull to once again battle it out for top honours in Formula 1 but the impressive Ferrari has clearly made a winning statement even though it is one race.

“Mamma Mia!” said race winner Leclerc as he crossed the line with the fastest lap, giving him and his team an extra point.

Ferrari have struggled since the days of the great Michael Schumacher, seem to have finally got the right formula and could once again lead the sport.

“Ferrari is back and it’s properly back, with a one-two. This is where the team should have been for the last two years. The hard work is paying off and we are there,” Ferrari driver Carlos Sainz said.

While the Ferraris looked impressive throughout the race weekend, the second-place finish was handed to them after a Red Bull nightmare.

Both Max Verstappen and Sergio Perez had issues with the battery system in their car, causing both cars to lose power and eventually switch off and both drivers retired from the race.

The incident handed Lewis Hamilton the final spot on the podium for a Mercedes team that looked well off the pace but the British driver could not resist sharing his delight at seeing Ferrari back at the top.

“So happy to see them doing well again. They are such an historic, epic team. It’s great to see Carlos and Charles up there as well,” Hamilton said.