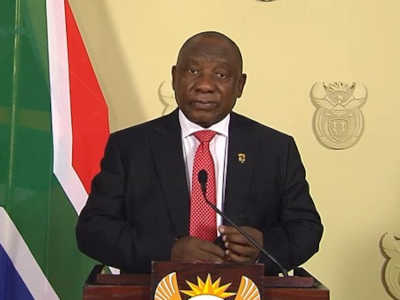 It was thought ANC members might take to the streets and branches revolt against the removal of suspended party secretary Ace Magashule.

None of this has happened.

If anything there is growing support for President Cyril Ramaphosa’s plan to rid the ANC of thieves, looters and others implicated in fraud and corruption.

The suspended Magushule, who thought members of the ANC National Executive Committee would support his bid to participate in the party’s NEC meeting, was embarrassed in full view of the entire NEC with little objection.

Ramaphosa showed him who is boss and kicked him out of the virtual meeting before proceeding to present his report.

Also ejected from the meeting was former State and Security Minister Bongani Bongo, who along with his ex wife Sandile Nkosi and 10 others, have been charged with corruption, fraud, theft, money laundering and contravention of the Public Finance Management Act.

The 69 counts against them include the withdrawal of R37,5 million from the coffers of the Mpumalanga Department of Human Settlement for the purpose of buying a farm.

On Thursday, a pro-Magashule lobby group within the ANC Women’s League, led by the league’s President Bathabile Dlamini, failed to get the league to support Magashule.

Dlamini lost control of the heated meeting that hung Magashule out to dry.

League secretary general Meokgo Matuba said: “With the suspension imposed on him, we appeal to him as women to consider humbling himself while organisational processes unfold.

“We know that it is difficult but we plead with him to rise above and not conduct himself in a way that further weakens the already struggling ANC.”

The league’s decision marked a turning point as it was previously thought that the league was under the spell of its president and her allies who include Nkosazana Dlamini-Zuma, the previous presidential candidate of the Jacob Zuma faction.

The ANC NEC meeting is also set to discuss full implementation of the controversial step aside resolution of the last elective conference, an election strategy for the coming local government elections and government’s covid-19 vaccination strategy.