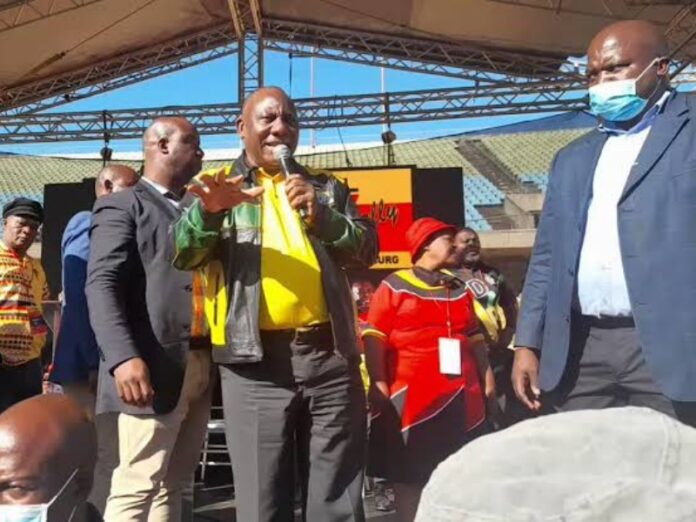 President Cyril Ramaphosa was forced to run to safety after furious mine workers stormed the stage at a Congress of South African Trade Unions (Cosatu) Workers’ Day rally in the North West on Sunday.

The president was forced to leave the Royal Bafokeng Stadium in a police Nyala.

The Sibanye-Stillwater gold miners cried “Ramaphosa must go!” as they blocked him from addressing the crowd.

The workers have been striking for months over poor pay and were frustrated with both Cosatu and the government’s response to their demand of a salary increase of R1,000.

Ramaphosa began to address the workers, trying to reassure them that he had listened to their concerns and would raise them with Mineral Resources and Energy Minister Gwede Mantashe.

“You want your R1,000, I understand that. We have heard that message and we will be dealing with that matter,” Ramaphosa told the workers – but they only grew more agitated.

Cosatu president Zingisa Losi tried to calm the angry workers but was unable to.

The workers edged closer to the stage as they continued to vent their anger at the president.

Eventually they breached the police cordon and Ramaphosa and Losi were whisked away by police along with SA Communist Party leader Blade Nzimande.

This is not the first time Ramaphosa has faced security threats at a gathering of the ANC affiliates.

Last year he had to be escorted out of an ANC Women’s League event in Limpopo and faced a similar situation during an ANC business meeting.