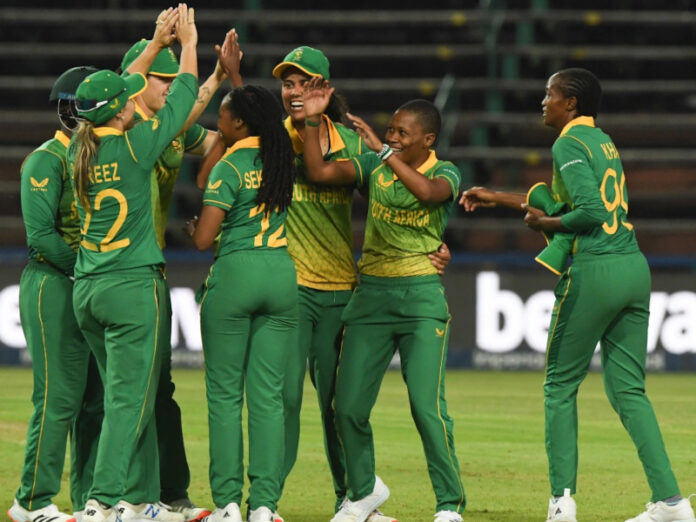 Getting into the semi-finals of the Women’s World Cup was always the goal for the Proteas before their match against the West Indies on Thursday.

And they achieved that goal when the game was abandoned due to heavy rain. Both teams got one point each, handing the Proteas a spot in the semi-final.

The match was reduced to 26 overs due to the rain, but South Africa only managed 10.5 overs before the umpire called the game off after further rain delays.

The Proteas were not in good shape before the match was abandoned, finding themselves at 61/4 after a poor start.

Being granted a point each guaranteed the Proteas a spot in the final four while avoiding a semi-final matchup against Australia.

South Africa will come up against either West Indies, India, England or New Zealand in the semi-final.

Captain Sune Luus said the team’s goal was always to make the final.

“We are pretty pumped up to be getting into that final. It has been a dream for us for so long, but we still need to get through the semi-finals,” she said.

Australia are the rightful favourites to lift the trophy after they defeated the Proteas comfortably on Tuesday. But the moment when the first ball gets bowled in a final of a major competition, form and past results go out the window.

It is about the stronger team, emotionally and physically on the day, and missing out on facing Australia gives the Proteas an opportunity to get revenge in the final.

The Proteas still have one more group game, coming up against India on Sunday.

The two semi-finals will be played at the end of March, the first on 30 March and the second on 31 March. The final takes place on 3 April.