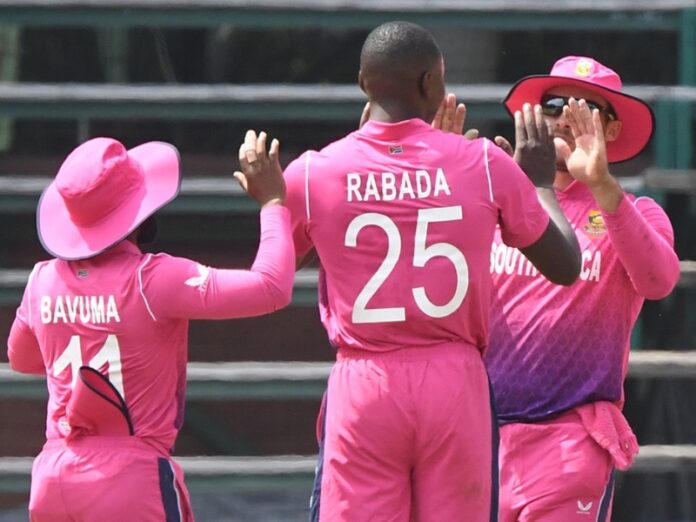 South Africa chased down the 195 run target with 12 overs to spare, leaving the ODI series against Bangladesh perfectly poised ahead of Wednesday’s decider.

The hosts were asked to field first and got off to a flyer with the first five wickets falling for just 35 runs. Danger man Shakib Al Hasan departed without scoring after being caught by Kyle Verreynne off a Kagiso Rabada delivery.

Rabada looked deadly after that breakthrough, with the pacer going on to pick up four more as he sealed his second five wicket haul against Bangladesh.

“After the first wicket, it hit a crack and bounced a bit, so we always knew we were in the game,” Rabada said post-match.

“Recently the Wanderers has been a bit uneven when you do hit the cracks, especially with the new ball. There are different game plans for each segment of the innings, the ball was gripping so our seamers used the change of pace to get grip and bounce.”

His fellow seamer Wayne Parnell picked up his first international wicket since 2017 after being recalled to the side. The 32-year-old unfortunately injured his hamstring just three overs into his spell, however, with captain Temba Bavuma having to fill in for him.

Despite this, the Proteas restricted the visitors to a below-par score of 195 and made easy pickings of the total with Verreynne and Quinton de Kock both completing their half centuries and guiding their side through to a seven wicket win.

The third and final ODI commences at 1pm on Wednesday afternoon live from SuperSport Park in Centurion.