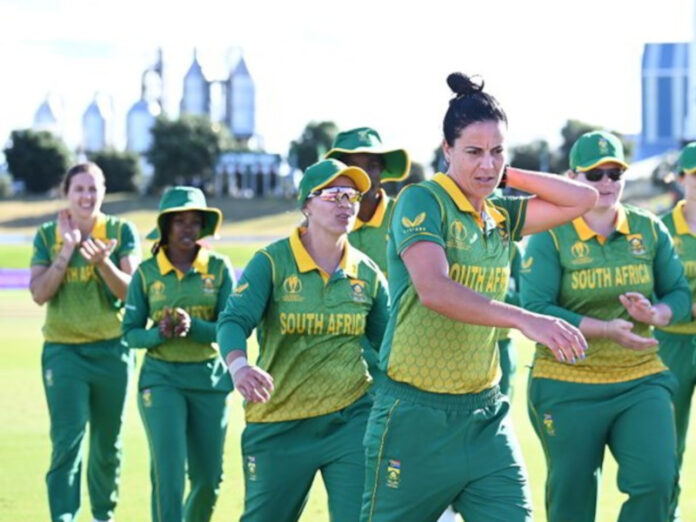 It came down to the final four balls of the nail-biting encounter between the Proteas and England for South Africa to claim a historic three-wicket victory.

The South African women’s cricket team had never before successfully chased a score of 236 in World Cup games, until Monday morning, showing great determination to defeat England at a World Cup fixture for the first-time in over 20 years.

England, the current world champions, had never lost three World Cup matches in a row and it looked as if it wasn’t going to happen after they ended their innings on a very respectable 235 runs.

However, the impressive batting performance by Laura Wolvaardt, scoring 77 runs off 101 balls gave South Africa hope that they could do the impossible.

When the wicket of Wolvaardt eventually fell in the 36th over, it looked gloomy for the Proteas as England began to pick up wickets at a faster rate.

But then Marizanne Kapp stepped up and steadied the ship for South Africa, scoring 32 runs off 42 balls leaving South Africa needing only 10 runs to win the game when she was bowled out.

The Proteas women needed four runs in the final over and they managed with ease to give themselves their third win.

Only South Africa and Australia remain undefeated at the tournament.

The tournament, hosted in New Zealand, has eight teams battling it out for a spot in the semi-finals, awarded to the top four teams.

With South Africa yet to taste defeat, it is looking increasingly likely that they will be in the semi-final.

The Proteas women’s team have never won the elusive World Cup and despite not being at their best in New Zealand, their determination and fight in difficult situations shows they have what it takes to go all the way.

For England, the current champions, an early exit from the competition is threatening. They will have to find another gear in order to avoid disappointment.

Next up for the South African women’s side is a grudge match against New Zealand on Thursday, with the action kicking off at 3am.