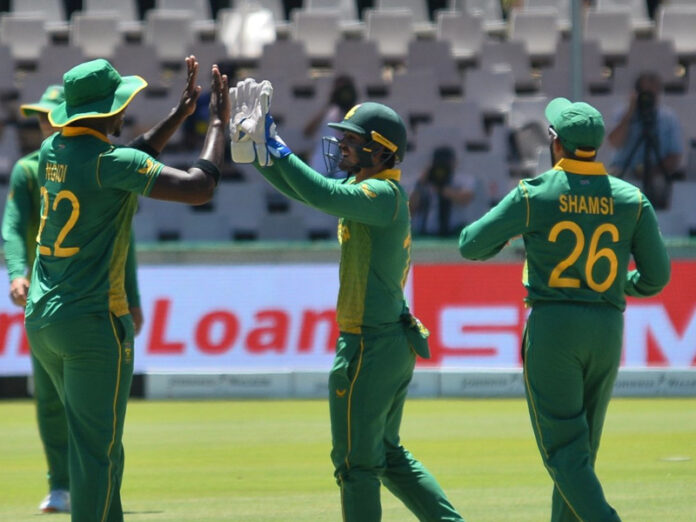 South Africa made it two in two against India at Eurolux Boland Park in Paarl on Friday to claim the series victory over India with a game to spare.

Despite losing the toss and being made to chase, they were too good for the visitors and won the three match one-day international series in impressive fashion.

After the batting pitch was showcased in the first ODI on Wednesday, Indian captain KL Rahul simply had to bat first in Paarl today. The Indians got off to a good start with Rahul and Rishabh Pant scoring well.

However it was more of the same when the middle order batters came out and they just could not build on from the platform that was set. Virat Kohli departed without scoring and Shreyas Iyer was bowled by Tabraiz Shamsi for just 11.

Shardul Thakur helped his side towards the end with an unbeaten 40 as they reached a score of 287. The Proteas openers showed their determination as they looked solid throughout the day.

Man of the match Quinton de Kock set a surreal opening stand with Jaaneman Malan and it took 21 overs for 132 runs before Jasprit Bumrah could finally get the Indians a breakthrough.

India just did not look themselves in the field, and nothing quite seemed to work out for their bowlers when they needed them the most.

All those who batted looked comfortable while doing so for the hosts and eventually it was Rassie Van Der Dussen and Aiden Markram that took them home with two overs and seven wickets to spare.

The win today gives the Proteas an unassailable 2-0 lead in the series ahead of the final game of the tour in Cape Town on Sunday.