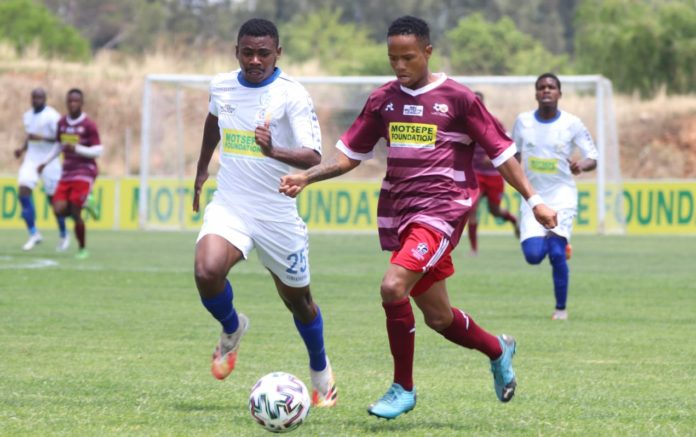 Pretoria Callies have been rewarded for their hard work with a promotion to the GladAfrica Championship.

They beat Mangaung Unite 3-1 in the first semifinals of the National ABC Motsepe League at the Vaal University of Technology on Thursday.

A hat trick from striker Thabiso Nkoana was enough for the Romans to clinch the automatic promotion to top flight football.

Atteridgeville based, Pretoria Callies was founded in 1936 and the club were founding members of the National Professional Soccer League in 1971. In 1985 they played in the inaugural National Soccer League. Legends like Masterpieces Moripe, Jan Malombo Lichaba and Ewi Khambule are some of the greats who played for the club.

The Romans defeated Western Cape side, Zizwe United and North West side Polokwane City Rovers in the quarterfinals.

Callies are the third Gauteng-based side to be promoted after Maccabi FC and JDR Stars.

Man of the match, Thabiso Nkoana told Scrolla.Africa he was very happy that Pretoria Callies is back in the professional set-up.

“When we were called back after the lockdown we went back to our tough training programme. Without hard work we couldn’t have achieved this promotion,” he said.

“They gave us full control of the team,” he said.

“Our club is a sleeping giant. Our supporters must be very happy .”

“Players trained remotely. We could never practice together as a team,” he said.

Pretoria Callies will play Bizana Pondo Chiefs in the National ABC Motsepe league playoffs final on Saturday at Vaal University of Technology. Bizana Pondo have also been promoted to the GladAfrica Championship after beating KZN side, Umvoti 4-3 on penalties.

The winner of the final will pocket R1 million. The GladAfrica Championship season will start on 27 November.