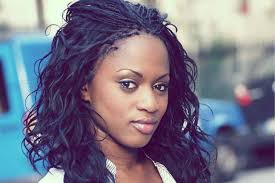 A movie that deals with sex among preteens has cost the streaming service Netflix billions in value as thousands of people have cancelled their subscriptions in protest.

The prize-winning movie Cuties was directed by the Senegalese director Maïmouna Doucouré.

The main character is an 11-year-old girl called Amy whose family moves from Senegal in West Africa to live in Paris.

She joins a dance crew called the Cuties to rebel against her Muslim upbringing.

Since its release in early September over 600,000 people have signed a petition demanding that Cuties be banned from the platform and that Netflix be charged for exploiting children.

It has been widely condemned by both Muslim and Christian organisations.

Doucouré is herself a Muslim from Senegal who moved to Paris.

She agrees that some of the scenes are difficult to watch.

She says she was trying to show how difficult it is for young girls in a society where sex is everywhere.

“The girls I spoke to see that the sexier a woman is on Instagram or TikTok, the more likes she gets. They try to imitate that to be more popular.

“Spend an hour on social media and you’ll see preteens — often in makeup — pouting their lips and strutting their stuff as if they were grown women.

“But they are not women and they don’t know what they are doing.”