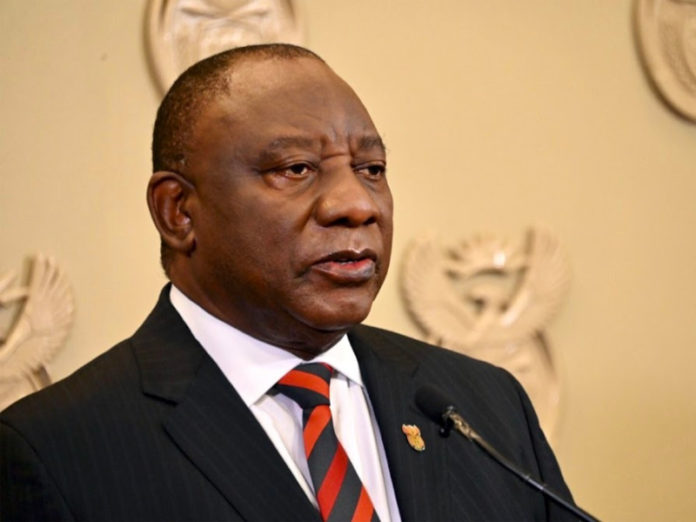 President Cyril Ramaphosa will address the nation on Monday evening at 8.30pm on the government’s response to persistent public violence in parts of the country.

On Sunday night, during his family talk, Ramaphosa said protesting was a Constitutional right – but that crime wasn’t.

He promised that the looting will not be tolerated.

Tonight, when he addresses the nation again, he may make good on that promise after the jailing of Jacob Zuma caused violent protests which turned into looting.

Ramaphosa’s office said the President will be providing the Government’s response to the devastating protests which are taking place in Gauteng and KZN.

The destructive protests have forced the government to deploy the South African National Defence Force (SANDF) to assist in ensuring the safety of the public.

A statement issued by acting minister in the presidency Khumbudzo Ntshaveni said: “The President is on record calling for calm and warning criminal elements that they will face the full might of law as lawlessness is brought to an end and economic activity is allowed to continue.”

The protests have included the looting of several businesses which, as the statement indicates, is a criminal offence and all guilty parties are subject to prosecution from the South African Police Service (SAPS).

On Sunday, Ramaphosa called for unity among South Africans during the protests as they continue to disrupt an already damaged economy.

The protests are in support of former president Jacob Zuma, who was last week arrested for being in contempt of court.

The protests started on Sunday in some parts of Gauteng and KZN.

The police have confirmed that six people have been killed and more than 200 arrested for public violence.