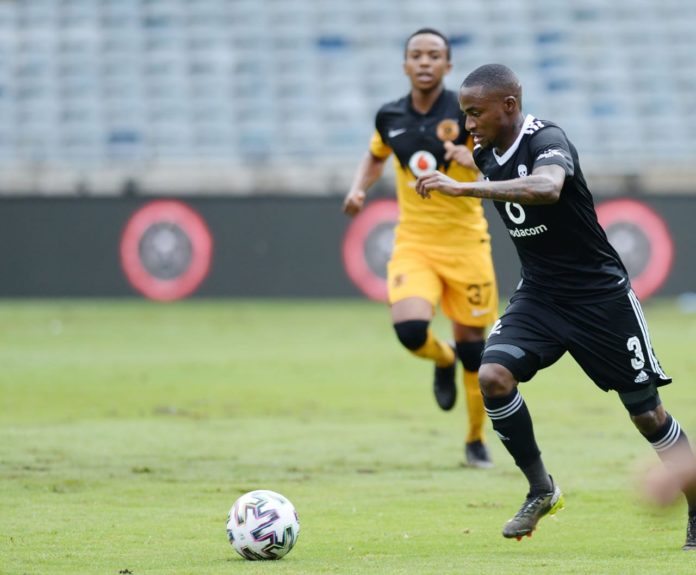 Orlando Pirates continued their good run of form against their Soweto neighbours Kaizer Chiefs, beating the Amakhosi 2-1 in the DStv Premiership at Orlando Stadium on Saturday.

Bucs attacker Thembinkosi Lorch, who was the man of the match, said they knew Chiefs ‘ defence was slow.

“We played the ball behind them. My goal came from hard work at training. It motivates me to do well in the coming matches,” said Lorch.

Lorch gave Pirates the lead just before the break and Siphesihle Ndlovu scored the winner coming from the bench. Daniel Cardoso gave Chiefs the consolation goal late in the match.

Bucs coach Josef Zinnbauer said the win was important for them to continue putting pressure on the leading pack. Before this match they reported saying Zinnbauer’s job was on the line and a defeat in the derby would see him leave the club.

“I wanted this win. In the first half we had opportunities but it was in the final third of the match that we had problems with the shots on goal,” said Zinnbauer.

“In the second half we did what we had to do to get the goals.”

He said they were denied a clear penalty in the second half.

Chiefs coach Gavin Hunt said his team should have won their game if they had taken their chances.

“I don’t know how many we cleared off the line, so we did well. I can’t fault the players.”

“That’s pretty basic in football to take chances but you also have to defend better. I thought the second goal was poor from our side.”

The three points leaves Bucs five points behind Sundowns who are on top. Chiefs remain in eighth position despite the defeat.