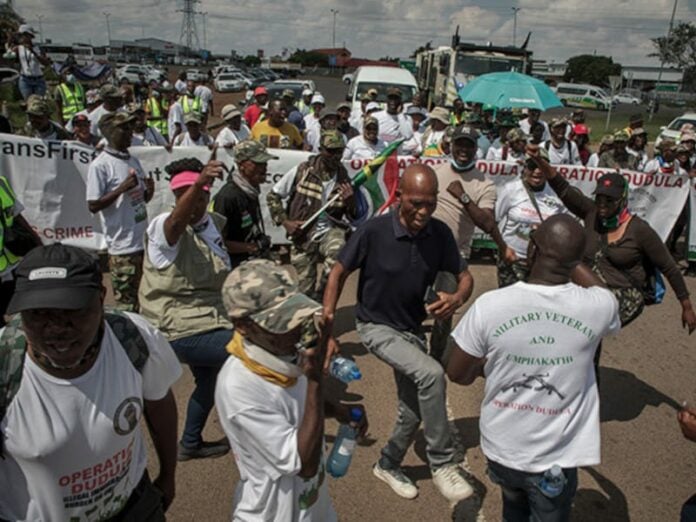 Foreign nationals living in South Africa now face the serious risk of being excluded from the country’s healthcare system.

This is all thanks to comments made by Limpopo MEC for Health, Dr Phopi Ramathuba.

The nation is divided after a video of Ramathuba scolding a bedridden Zimbabwean patient for allegedly “destroying” the health system, went viral last week.

Leaders of different political parties and organisations are divided on the matter, but most put the blame on the ANC for failing to control and secure the borders.

“The MEC should be ashamed of parading and insulting a sick patient just because she happened to be Zimbabwean,” Mashaba told Scrolla.Africa on Wednesday.

While he bemoaned the issue of illegal foreign nationals, Mashaba said no one should be excluded from the country’s healthcare system.

He then accused the ANC of failing to deal with the illegal immigration crisis besetting the country. He said people’s frustrations should be directed at the ANC, which has not acted on the influx of undocumented migrants.

President Cyril Ramaphosa ducked a question on Ramathuba’s conduct during the question-and-answer session in Parliament on Tuesday.

However, the president used the occasion to dismiss claims that South Africans were xenophobic.

Gayton McKenzie, an ex-convict, now leader of the Patriotic Alliance, entered the fray, saying he would switch a life-supporting machine from a foreigner to save a South African.

The Zimbabwean Embassy in South Africa was concerned about how Ramathuba addressed the patient.

“We believe platforms exist for engagement and we subscribe to full utilisation of appropriate channels and platforms for the good of our two countries,” said the embassy in a statement.