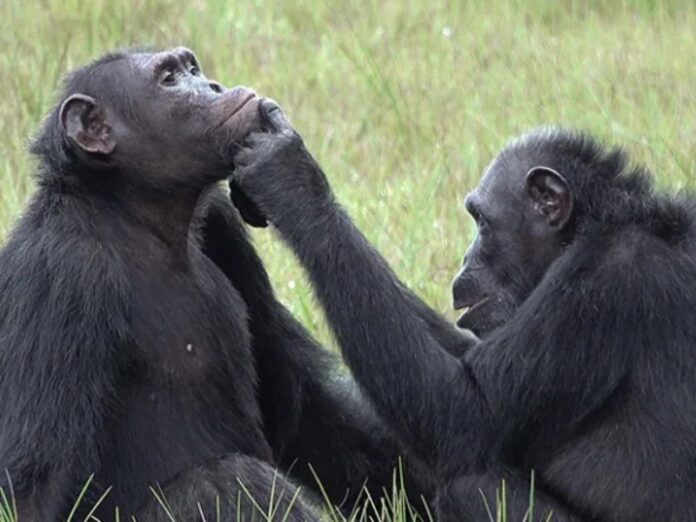 Chimpanzees might have found a better way than humans to treat injuries: they catch goggas and put them on wounds.

Scientists in the West African country of Gabon have noticed that the apes not only use insects to treat their own cuts and bruises, but also those of their friends and relatives.

The research, published in the journal Current Biology, also shows how chimps help other chimps.

The project began in 2019, when a female chimpanzee named Suzee was observed inspecting a wound on her son’s foot.

Suzee then suddenly caught an insect out of the air, put it in her mouth, apparently squeezed it, and applied it to her son’s wound.

The scene happened in Loango national park on Gabon’s Atlantic coast, where researchers are studying a group of 45 central chimpanzees, an endangered species.

Since then, scientists have seen chimpanzees administering the treatment on themselves a number of times.

On several other occasions injured chimpanzees were treated in the same way by other apes.

The wounds can come from fights between different chimps.

The bruised chimpanzees were happy to be tended to. “It takes a lot of trust to put an insect in an open wound,” said Simone Pika, a biologist at the University of Osnabruck in Germany and a co-author of the study.

“They seem to understand that if you do this to me with this insect, then my wound gets better. It’s amazing.”

Researchers have not been able to identify what bug was used on the wounds, but they believe it to be a flying insect given the way the chimps catch it.

Pika says the insect could contain medical properties that have a soothing effect.

Birds, bears, elephants and other animals also self-medicate, for example by eating plants.

But what is unique about chimpanzees is that they will treat not just themselves, but also help others.