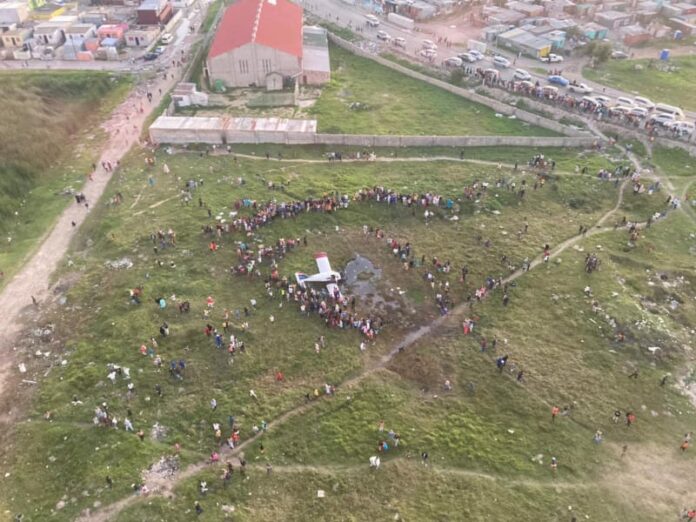 Lower Crossroads community members in Cape Town robbed two pilots after the light aircraft had an engine failure and was forced to make an emergency landing on an open field in Luzuko.

The two pilots managed to escape with minor injuries but they couldn’t protect their belongings while community members stripped the aircraft of everything inside it.

The City’s Mayco Member for Safety and Security, JP Smith, said a crowd quickly gathered after the plane went down. This was shortly followed by a report from pilot radio aircraft control calling for urgent assistance as they were being robbed.

Smith said the aircraft belongs to the local aviation school at the airport and was on a training flight when the aircraft’s engine malfunctioned. They managed to land and escape the plane without serious injuries. Both pilots were taken to hospital for examination.

A resident in Lower Crossroads said what other members did was evil and they didn’t show ubuntu. She said the few that assisted the victims were verbally abused by the looters and accused of thinking they were superior.

“What happened today shows how cruel we are. Those people were traumatised already about escaping death – there was no need for the community to traumatise them more,” she said. “On behalf of this community I would like to apologise for the bad behaviour they experienced.”

She asked for the community to do better next time and be better citizens.