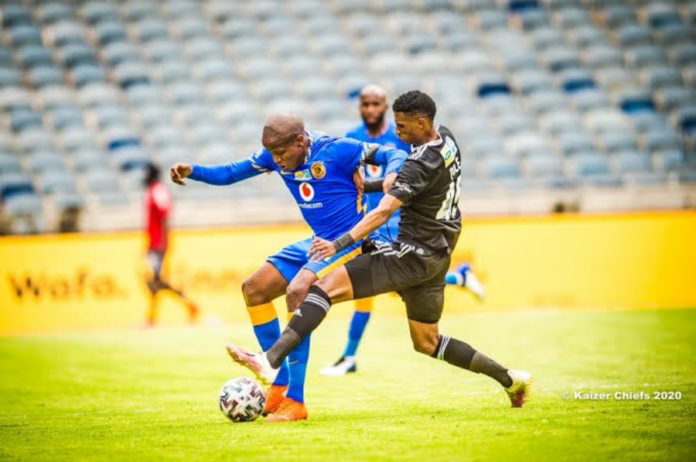 Orlando Pirates coach Josef Zinnbauer has picked Kaizer Chiefs striker Samir “Kokota” Nurkovic as the danger man for his defenses to look out for. The German is hard at work preparing for the much-anticipated Soweto derby.

This DStv Premiership encounter will be hosted at Orlando Stadium on Saturday at 3.30pm. Normally a bigger venue like FNB Stadium would host a match this big, but Covid means no fans are allowed at the stadiums. So Orlando Stadium got to host it for the first time since it was renovated back in 2009.

“Samir Nurkovic is back and he is a player that gives them an advantage and also the squad that they have at the moment means that we won’t get three points easily. This is a fight. This is a big game, plus they have a coach who has a lot of experience in this league and has won titles,” said Zinnbauer.

Buccaneers have had the better of Amakhosi this season in their last two meetings in the MTN8. They scored five goals in two matches.

But in their last two league meetings last season Chiefs were top after winning both of them and Zinnbauer was there to witness it. He said they are aware of Chiefs’ recent good form and it won’t be an easy match.

“My players know what is happening at the moment with Kaizer Chiefs who have come forward. Yes, maybe they didn’t have a good start to the season but now they are coming closer to us. And they are getting more points on the table and we know they have a big squad and a good squad too. It’s going to be tough for everyone.”

Both these teams are coming to this game having drawn their midweek matches against their respective opponents. Pirates drew 1-1 with TS Galaxy while Amakhosi also got a point in their encounter against Baroka with the identical score-line.