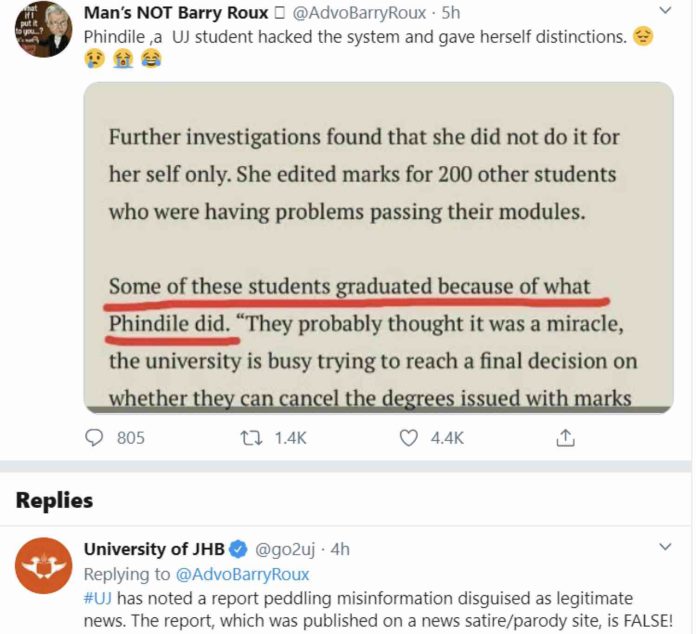 The University of Johannesburg (UJ) says reports ‘Phindile’ hacked its systems to rig results and hand out distinctions are false.

‘Phindile’ has been trending #1 on SA social media all morning, with many hailing her as a hero and recommending IT companies employ her.

The Citizen says the story first appeared last June before taking off on social media this morning.

Phindile allegedly hacked UJ and gave herself distinctions on two modules she had been struggling with.

“She edited marks for 200 other students who had problems passing their modules,” says the fake report, adding that some graduated because of Phindile.

UJ responded: “The report, which was published on a news satire/parody site, is FALSE!”