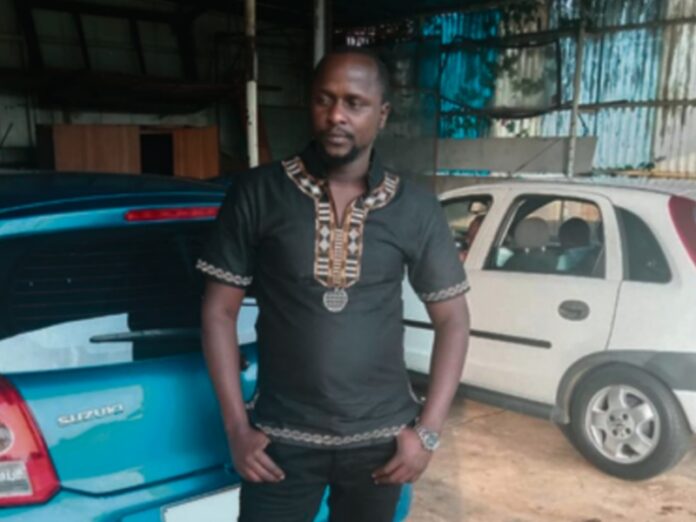 A handsome con man and his accomplice, a self-proclaimed “prophet”, are on the run after seducing two women and making off with their pension savings, worth hundreds of thousands of rands.

Lindi Xaba told Scrolla.Africa that she was working as a teacher when she locked eyes with a dashing Somali man at her local supermarket.

He introduced himself as John and asked to get to know her better. It wasn’t long before they became passionate lovers.

“He was a perfect gentleman, I agreed to exchange my number with him and within a week we started dating,” she said.

“He soon introduced me to his uncle, Gordon, who is a businessman and alleged prophet,” she explained.

One day while visiting her boyfriend, the uncle asked the couple to join him in prayer in one of the rooms.

“The room was empty with only a box covered with a white cloth,” she said.

“After the prayer the uncle told Lindi to open the box full of bank notes and take as much as she needed as she is now part of the family,” Xaba added.

He advised her to use the money to clear her debts.

In October, Gordon advised Lindi that it was revealed to him that she had to resign from her job to start a business with her lover. He instructed her to withdraw her pension savings to start the business.

She did as the self-proclaimed “prophet” instructed her and – initially – things were going to plan. Gordon paid her three months’ salary of R30,000 while she was still waiting for her pay-out.

A few days before she received her pay-out, Gordon prophesied the exact amount of money she was going to receive: R750,000.

“As soon as the money was in my account in February, Gordon advised me to withdraw and take it to their prayer room for blessings,” she added.

“Two days later she decided to go to their love nest and found that they had moved with the two fraudsters’ phones disconnected.”

Springs police spokesperson Sergeant Johannes Ramphora confirmed that they are investigating two cases of fraud against the two suspects.

Lindi, Sergeant Ramphora revealed, is not the swindlers’ only victim. The seasoned fraudsters are wanted for stealing even more money from another unsuspecting woman.