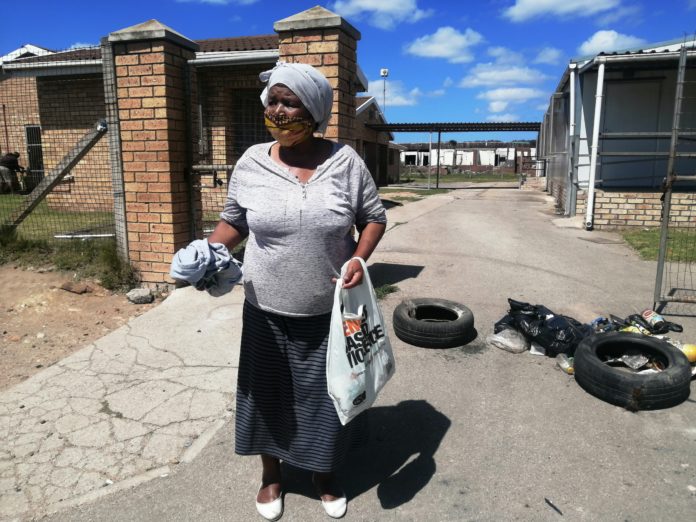 Scores of patients have been turned away from the Max Madlingosi Clinic in KwaZakhele township in Port Elizabeth because nurses are refusing to perform their duties.

The nurses have been protesting since Monday after one side of the main gate was removed by vandals last Thursday.The nurses have complained to the Department of Health and say they do not feel safe at work..

Gogo Nomakula Gqola (64) of Seyisi arrived at the Clinic on Thursday morning looking for help, but she was turned away by a security guard.

Gogo told Scrolla. Africa, “Ooh my son please help me. I am very ill. I came from Dr Mqela’s surgery now because I did not sleep last night. I need oxygen because I am short of breath and I am coughing too much. My body temperature is hitting up and my back is sore.

“The doctor referred me here to get oxygen. But now I am told the clinic is closed. I don’t know what to do,” she cried.

Nceba Magoxo, chairperson of the clinic committee said, “Last Thursday morning we found one side of the clinic gate removed and put on the ground in what looked like a burglary. The 20 nurses reported the matter to an area supervisor who sent someone to come and fix it on Friday. But the worker said the gate was not fixable and we would need a new one.

“The area supervisor ordered the nurses to go back to work but they refused, claiming that they did not feel safe.”

“The nurses said their vehicles and lives were in danger. For six months about five metres of fence that was stolen at the back of the clinic has not been fixed although it was reported to the Department.

“As a temporary solution the nurses asked for two more security guards because there is only one guard at the gate for their clinic. But the Department refused to bring the guards. On Tuesday the nurses decided to go and report for duty at other clinics,” he said.

The nurses’ action angered the patients.

“On Wednesday about 20 angry patients led by one of the community members  who live near the clinic dumped rubbish and tyres at the gate. They also threatened the nurses to service them or leave the clinic,” Magoxo said.

Provincial Health spokesman Sizwe Kupelo said it was unfortunate that nurses would just abandon patients without giving a department a chance to fix the gate.

“Crime is severely threatening health services in the Metro, thugs are even hijacking vehicles that are working in the Covid-19 tracing operations.”