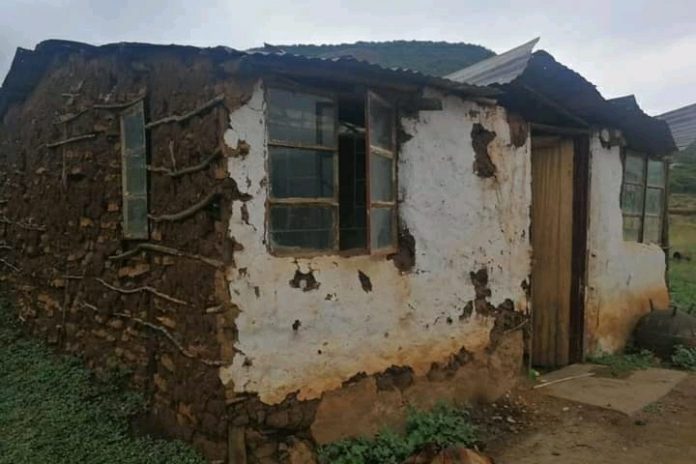 It’s been more than a decade since Jacob Zuma became president.

But the people who live on the other side of the fence outside his Nkandla mansion, are still hoping for a better life.

“My hopes for a better life have vanished.”

She said she didn’t blame Zuma.

“When someone as powerful as the president is in the area you expect the living conditions of the people to improve. But for us, it is just the opposite,” she said.

Ntombikayise is an unemployed single mother of three who relies on social grants.

Local resident, Zinhle Khuzwayo, said her rondavel was destroyed by heavy rain in 2018 and since then she has been living with relatives in a one-room mud house.

“I have approached the local councillor’s office and also the mayor’s office but nothing has happened. I don’t know what to do anymore. All I need is a proper house,” said the 50-year-old Zinhle.

Zinhle, who fondly referred to Zuma as mkhulu, which means elder or uncle, said she still believes that one day their lives will change.

“It’s painful to see a big house like Zuma’s home while we are crammed in crumbling mud huts. But we have to believe that one day our situation will change,” said Zinhle.

Nkandla is governed by the IFP after the party again won the seat in the 2019 national elections.

IFP Nkandla mayor Thami Ntuli said he knew about the lack of proper housing in Nkandla and said he had previously told the ANC-led government about the cries of local residents.

“It hurts that our people still live in crumbling houses. We are working to change that,” he promised.