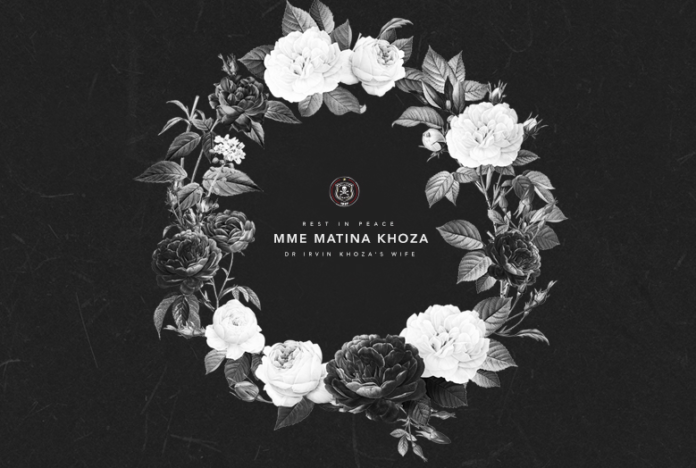 Matina died on Thursday morning at the age of 69 after having been “in and out of hospital in the last few years battling ill health,” Pirates said.

The passing of Matina came as a shock to Pirates fans mourning the recent passing of Khoza’s first wife.

Matina left behind her three surviving children and ten grandchildren.