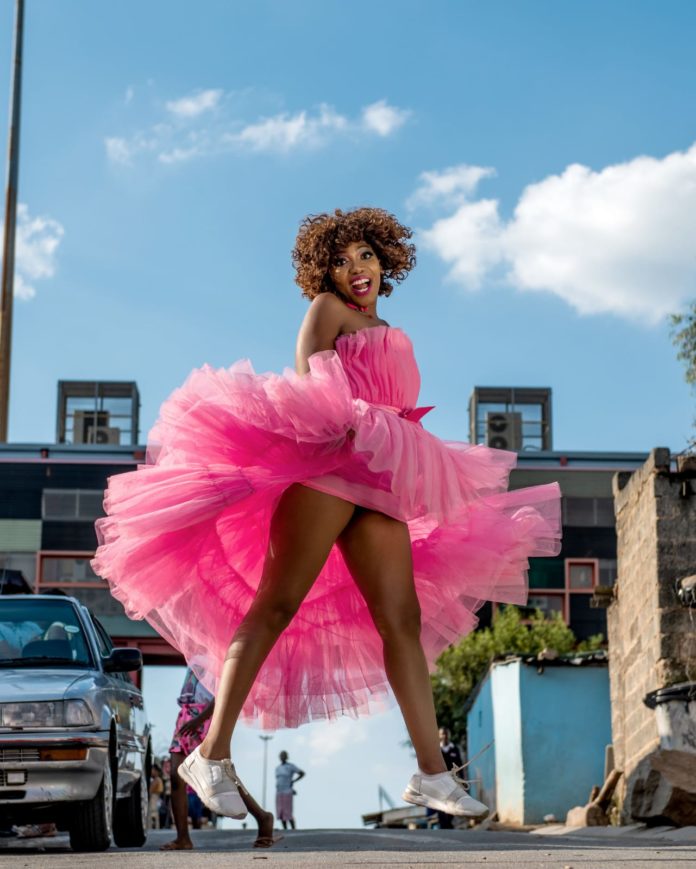 Beautiful Nkiyase Modlana-Mbatha has battled her dyslexia and turned her condition into music that has fans jumping up to dance.

Dyslexia is a disorder that involves difficulty in learning to read or interpret words, letters, and other symbols.

Speaking to Scrolla.Africa on Monday, the beautiful diva from Alexandra, Johannesburg said in order to raise awareness for people with similar disorders she had put her challenges into lyrics to entertain others.

Nkiyase has been entertaining people for more than 15 years. She started her career in professional music in early 2000 with Kalawa Jazmee. Recently she released two singles called Matlakala which features the Tshwane based duo, Future Majesties and on Nkarhi Wakona she worked with legendary producer, Bheki Nqoko.

She said the two tracks have been welcomed by industry gurus who have given them the thumbs up.

“It is the most humbling thing that masses of people I perform in front of love my music.”

Nkiyase who is also known as Sista Ntswembu said she has not released a full album in a while because she has been busy building her business. “I know my fans always ask for more of my music.

“I am back with more sounds in my new album that I will release early next year,” she said

She is working on releasing her third album called Nkarhi Wakona which means, it is time.

Nkiyase also said music is a challenging industry with the same people getting most of the bookings.

“There are many talented young people in the industry. But because their names are not known, they are left out,” she said.

She released her two albums named Lebota and Mudar Ebom in early 2000.

Nkiyase has also focused on mild intellectual disabilities awareness such as dyslexia in disadvantaged areas where people are not informed about the disorder.

“My music also carries motivational lyrics to encourage people with an intellectual disability to never give up,” she said.

Nkiyase’s company Momba Projects has been focusing on Covid-19 safety interventions in taxis used by workers and learners.