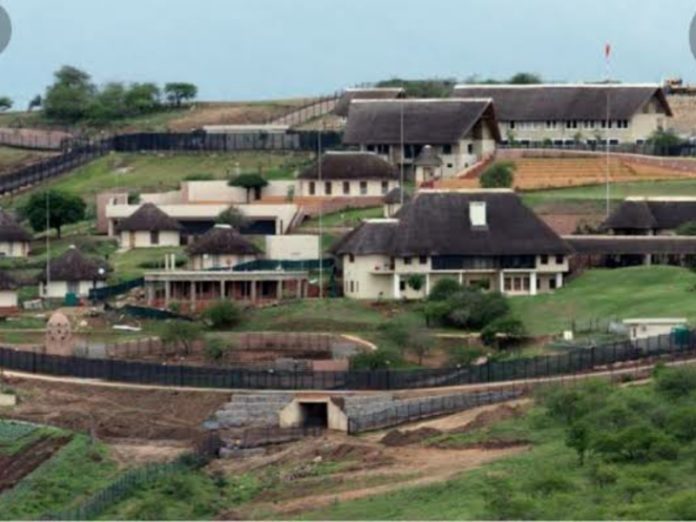 Scrolla.africa understands that even the reception room for visitors is in a disgraceful state after the government ignored Zuma’s plea to help maintain his home.

The yard is full of long grass, trees have not been cut and the cattle kraal that cost taxpayers around R1 million is falling apart.

The swimming pool that was described as a fire pool is full of dirt.

Mzwanele Manyi, of the Jacob Zuma Foundation, told Scrolla.Africa on Thursday that the Minister of Public Works Patricia de Lille was informed about this disgraceful situation.

“She promised to attend to the matter urgently but until today no maintenance has ever taken place in Nkandla,” Manyi said.

Leaders of the National Freedom Party, which has allied itself with Zuma since he appointed its leader as Deputy Minister of Science and Technology, have decided to do the maintenance of the homestead.

NFP Secretary General Canaan Mdletshe revealed that they are going to Nkandla this Friday to cut the grass, fix the trees and paint the houses.

National Department of Public Works Thamsanqa Mchunu, failed to respond to questions before the deadline.