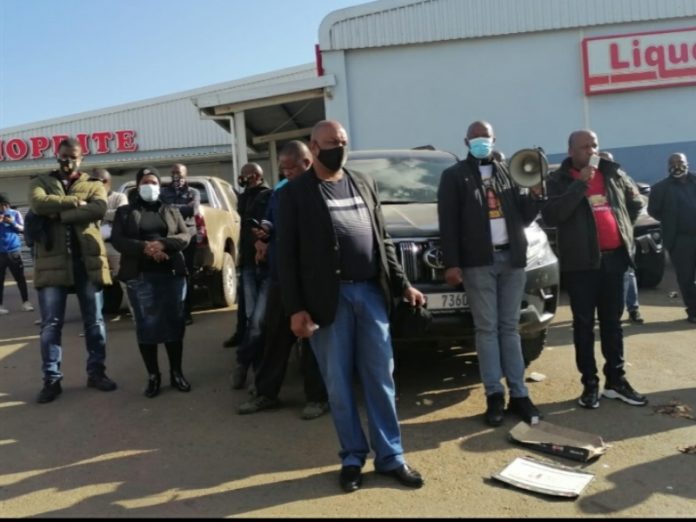 After the sizable SAPS deployment left Nkandla out in the cold on the same night Jacob Zuma was arrested, the locals had to deal with the violent protestors on their own.

The community of Nkandla, the hometown of former president Jacob Zuma, had to spend day and night protecting their police station and the shopping centre from the looters after the heavy presence of police was withdrawn following Zuma’s arrest.

The shops are still closed and the local police station was damaged after the Zuma-supporting protestors stormed police buildings armed with stones.

Nkandla Mayor Thami Ntuli told Scrolla.Africa that he was surprised that police were withdrawn because their town, as well as other surrounding areas, remained vulnerable to violence after the arrest of Zuma.

“It was obvious from the beginning that the heavy security details were much needed in Nkandla more than any other area, since our area was the most targeted place by the angry protestors,” said Ntuli.

He revealed that after Zuma’s arrest, people from neighbouring towns flooded in to destroy shops and the local police station with stones.

Ntuli also says that shops will restart operations on Friday.

He also questioned the treatment of people who broke Covid-19 regulations.

He said when he met with Nkandla community members to give them food parcels last year during the first lockdown, he was arrested by the police, but the people who were gathered in Nkandla at the Nxamalala area were not arrested for breaking the same regulations.