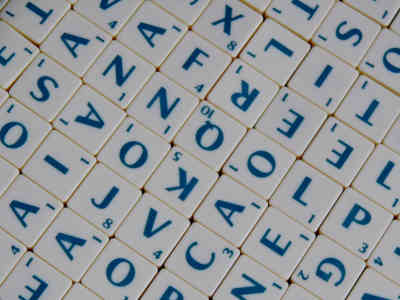 Nigeria is the undisputed Scrabble capital of the world, but when the pandemic grounded tournaments to a halt last year, the lockdown spelled trouble for the country’s professional players.

The country’s 500 Scrabble clubs are currently closed for business, and their legions of members cannot earn a paycheck by participating in high-stakes tournaments.

Even Wellington Jighere, 38, the winner of the World Scrabble Championship in 2015, currently has ₦20,000 (R770) to his name, and spent the best part of the last year sleeping in his friend’s spare bedroom.

Speaking to the Washington Post last week, Jighere said that he has been forced to rethink his life.

His love for Scrabble began when his older brother fashioned a Scrabble board out of cardboard. Before long there wasn’t a single person in his native village, Olomu, who could beat him.

At this point, the board game had already become ingrained in the country’s culture. It began in the 1970s, when college students studying overseas brought home boards from England and the United States.

Jighere’s – and indeed Nigeria’s – love for the game never faded, and after two decades the country’s top player found himself flying to Australia in 2015 to compete with the world’s best.

Jet lag had sabotaged his concentration in some previous matches, so he conditioned for insomnia in the Australia games by playing chess for 24 straight hours before switching to Scrabble.

The unorthodox strategy paid off, and a five-letter word, “felty,” which won him the tournament.

Yet last December, Jighere’s situation had become so desperate that the former world champion decided to announce his resignation from the game on Twitter: “WELLINGTON QUITS SCRABBLE.”

“There’s hardly a way to make this work,” he wrote, “hence this hard but necessary decision to move ahead now that I still have time on my side.”

He has tried, without success, to find a desk job since then.

But earlier this month, he received a text from his Scrabble coach. The National Sports Festival had officially been rescheduled for April.

It remains unclear whether the tournament will go ahead or if Jighere will compete in it if it does.