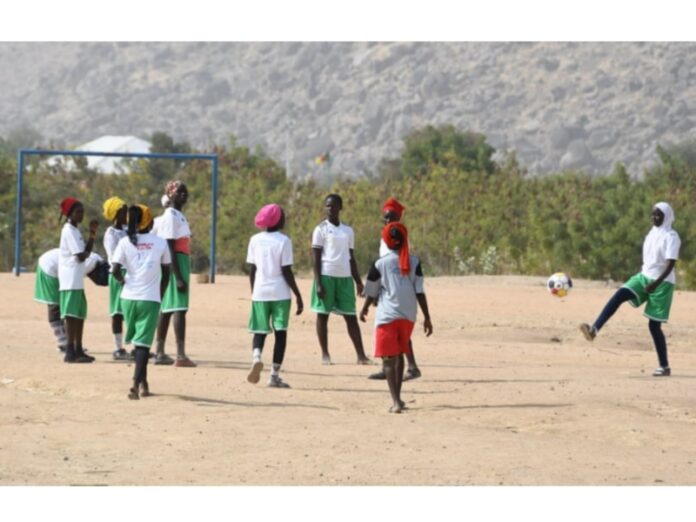 The Africa Cup of Nations (Afcon) is not the only footballing event taking place in Cameroon. The nation is also where young Nigerian girls are using football to escape the dangers of Boko Haram.

While terrorist group Boko Haram remain active in several African countries, the northern region of Cameroon has become home to many victims of Boko Haram in Nigeria.

For close to ten years, the area of Sahel has been one of the most troubled in the world. Minawao became a refugee camp in 2013 to provide safety for thousands of Nigerians who have had to flee from the Islamist militant group.

Young Nigerian girls at the refugee camp have begun using football as an escape from the terrorist group.

The refugee camp uses sport, particularly football, as a method to restore some normality to the lives of the girls.

Football has become a part of the girls’ lives and a source of joy and pride for the teenagers who have suffered from an early age. The girls’ football team of Minawao has 20 players aged between 15 and 19, as reported by the Guardian.

Team captain Lucy, like many of the other girls, has suffered a great deal at the hands of Boko Haram who raided her village when she was just nine years old.

“They arrived and started killing people. They had guns. We were so afraid,” said Lucy, who is now 18 years old.

“I lost my uncle and many other people died. We had to run.”

However, moving to the refugee camp in Cameroon has given not just Lucy, but the whole team a chance to rebuild their lives.

“We play football with our friends to ease our minds. That’s why they give girls balls to play with: to forget about what happened to us,” the captain said.

The girls have hopes and dreams of becoming doctors, journalists and football players with the camp doing all it can to ensure the girls live independent lives.