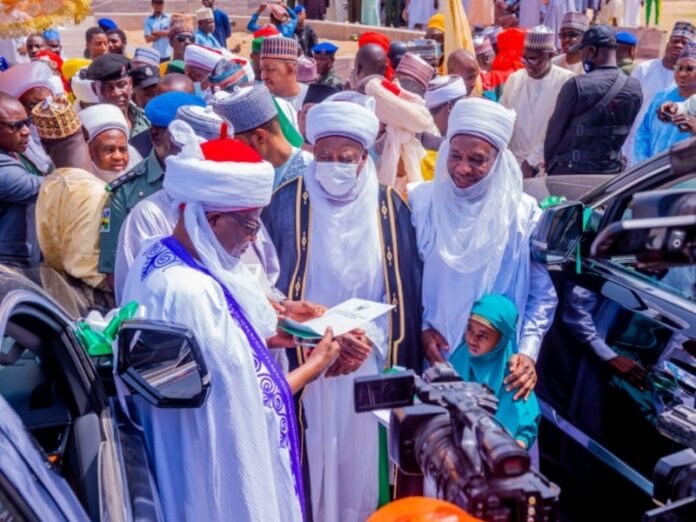 Zamfara governor, Bello Matawalle, who has frequently accused traditional rulers of abetting bandits in the state, distributed 260 luxury cars to the chiefs on Wednesday.

The cars include 2019 Cadillacs.

The terrorists have been responsible for a campaign of violence against rural and farming communities who are now forced to pay protection taxes to the gunmen.

Premium Times reported that those that refuse or cannot pay up are attacked, their livestock rustled, farms destroyed and residents either killed or abducted.

A committee set up by the governor found that some traditional rulers were colluding with bandits and recommended their dethronement.

The committee, headed by a former Inspector-General of Police, Mohammed Abubakar, also found the bandits had collected millions as ransoms from the families of abducted persons in the state.

Matawalle has also blamed some chiefs for setting up their own vigilante gangs which are also responsible for some of the violence.

So the gifts of the cars came as a bit of a surprise,

Asked to explain, the governor’s spokesman Zailani Bappa said the car gifts were “part of the efforts of the state government to solve the lingering security challenges in the state.”